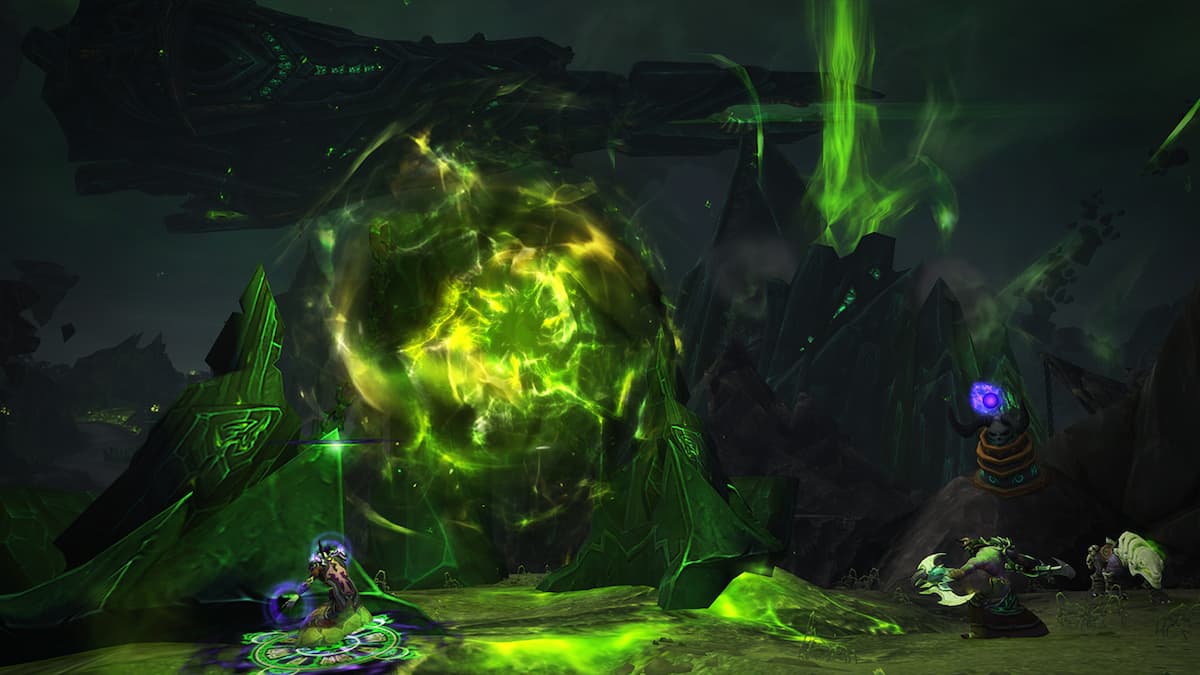 While you’re working your way through the pet battles of World of Warcraft and the Shadowlands expansion, you can venture into previous worlds from expansions and conquer some of the battles still active in the area. One of them is a Master Pet Tamer named Madam Viciosa, at the northern end of the Broken Shore. Her world Quest, Illidari Masters, asks you to take down her team of pets, and we’ll give you the perfect roster to make sure she doesn’t give you any trouble.

To take down Madam Viciosa’s Imply, Rover, and Seduction, bring these three pets with you: any pet with more than 800 health but not max level, a Silkbead Snail, and a Fel Flame. You’ll begin the right with your chosen pet that you’re still raising, and it won’t matter if you attack or pass, as your pet will be swapped for the Silkbead Snail. This is where you can begin your real attack, starting with Shell Shield for a damage reduction. Follow this with three rounds of Absorb, damaging Imply and healing yourself all at once. Now, you can use Dive, which will force the Nether Gate attack to miss, keeping Silkbead Snail in the fight. Put up another Shell Shield, and then rotate between Dive and Absorb until you knock out Imply.

When Rover takes over (sorry, we had to), switch to your Fel Flame. Start out with Scorched Earth, which will cause some serious damage and set the arena on fire for extra damage all around. Use one round of Conflagrate, and then spam Flame Breath until Rover is dead.

This brings out Seduction, and you can bring Silkbead Snail back into the arena. Begin with Shell Shield, followed by two rounds of Abosrb (you won’t have to worry about Lovestruck). Dive to avoid the Curse of Doom, and when you return, throw up another Shell Shield. You can now return to the pattern of swapping Dive and Absorb until you put an end to Madam Viciosa.