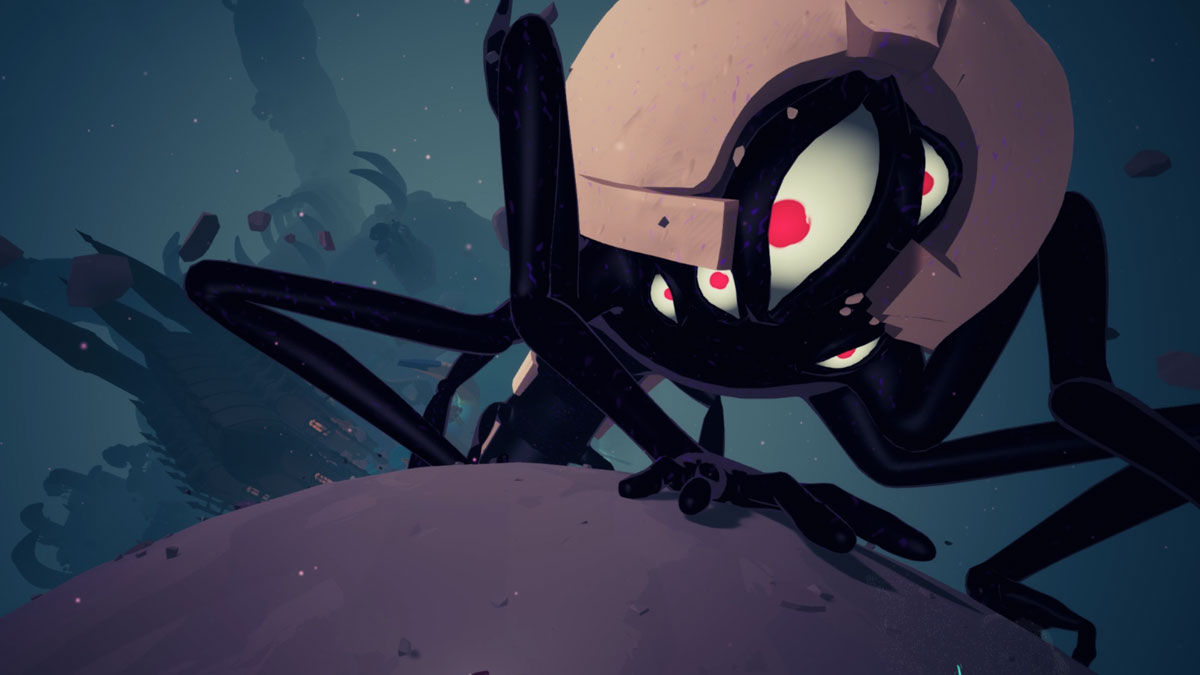 Every area in Solar Ash concludes with a boss fight, and Eternal Garden is no different. The Withered Eye is a spidery Remnant that scuttles around its own moon — you’ll be able to grind out to it once you’ve cleared all the anomalies in the area. Once you reach the moon, you’ll need to know how to take the titan down. We’ve got you covered there.

The Withered Eye has a pretty basic attack: it slams its hand down on the ground. It glows before doing this, and the impact zone is marked by a red circle on the ground, so you’ve got a clear danger zone to boost away from. Note that even touching its limbs will slow you down, however, due to the sticky goop that covers them. You also want to make sure you don’t fall into the moon’s crater — you won’t get hurt if you do, but you will completely lose your momentum. After dodging the hand slam, strike the weak point on the hand and grapple to the Eye’s body. From here, you can follow the successive weak points until you strike its core. You’ll need to deliver three blows like this.

The weak points change up with every round. In round two, you’ll need to strike multiple hands before grappling onto the Eye’s body. In round three, you’ll need to strike them all. Additionally, the white bones on its body shift between rounds. Touch the black goo between them during round two, and you’ll come to a halt. Touch them when they’re super-heated during round three, and you’ll die and restart the round.

The Withered Eye is massive, but not quite as big as some of the other bosses in Solar Ash. Keep that in mind as you battle it, and you will win in the end.