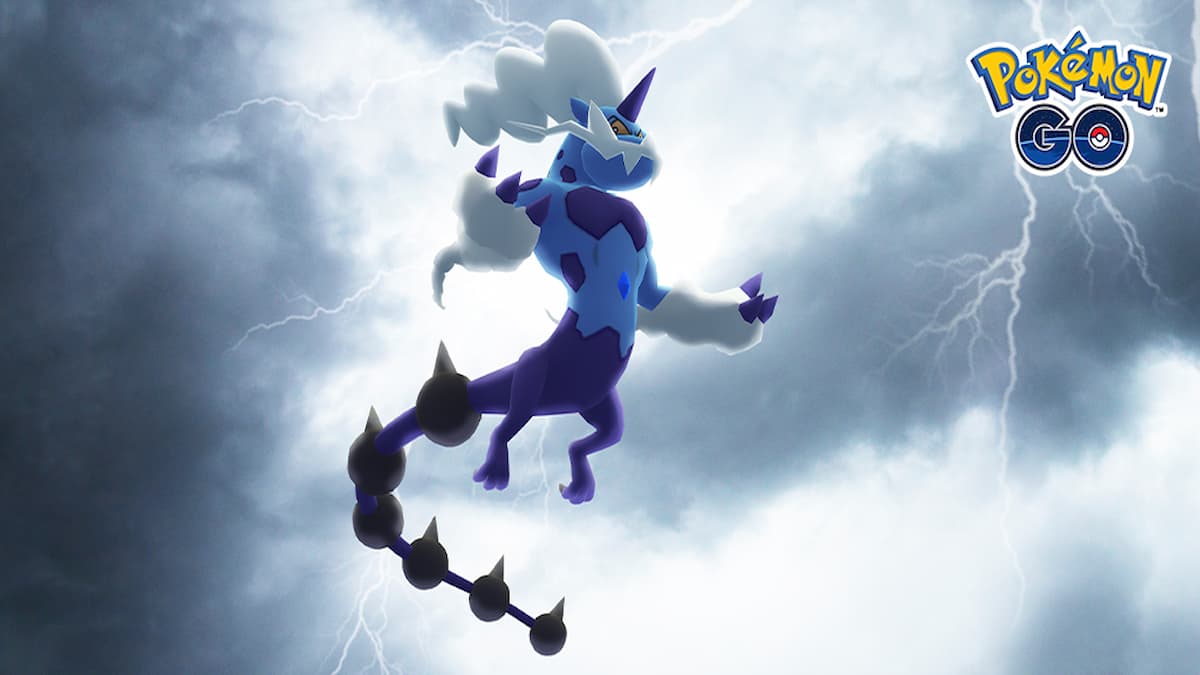 The best Pokémon you want to use to counter Therian Forme Thundurus is Rhyperior, Galarian Darmanitan, and Mamoswine.

Rhyperior is a Ground and Rock-type Pokémon. It’s the final evolved form of Rhyhorn, and it’s reliable Pokémon plenty of trainers regularly use in the Master League. We highly recommend using it against Therian Forme Thundurus as Rhyperior has a variety of Rock-type moves available to it. The best attack it can use is the charged move rock wrecker, but it is an exclusive Community Day move, so not every trainer might have access to the attack. Even without the move, Rhyperior is a tough Pokémon for Thundurus to crack. We recommend to use a Rhyperior that has the fast move smack down, and the charged moves rock wrecker and stone edge.

The next Pokémon we’re going to recommend is Galarian Darmanitan, an Ice-type Pokémon. It’s a glass cannon, so you don’t want to save it for your last Pokémon when battling Thundurus. While it will do quite a bit of damage against it, Galarain Darmanitan won’t be able to take too many hits before fainting. The best moveset Galarian Darmanitan can use against Thundurus will be ice fang for its fast move, and then avalanche and superpower for its charged moves.

The final Pokémon to counter Therian Forme Thundurus is Mamoswine, a Ground and Ice-type Pokéon. Mamoswine is similar to Galarian Darmanitan in that it is capable of doing massive amounts of damage, but it can’t take too many hits. However, Mamoswine does have slightly more defenses and health than Galarian Darmanitan, so that’s a positive. The best moveset Mamoswine can use when battling Thundurus is powder snow for its fast move, and then avalanche and bulldoze for its charged moves.

You need to take a full team of six Pokémon into the raid, so while the three choices previously mentioned are our most recommended, you might not always have them in your collection. There are plenty of other choices you can pick from, and these are some of our favorite that you could also add to your roster to defeat Therian Forme Thundurus.