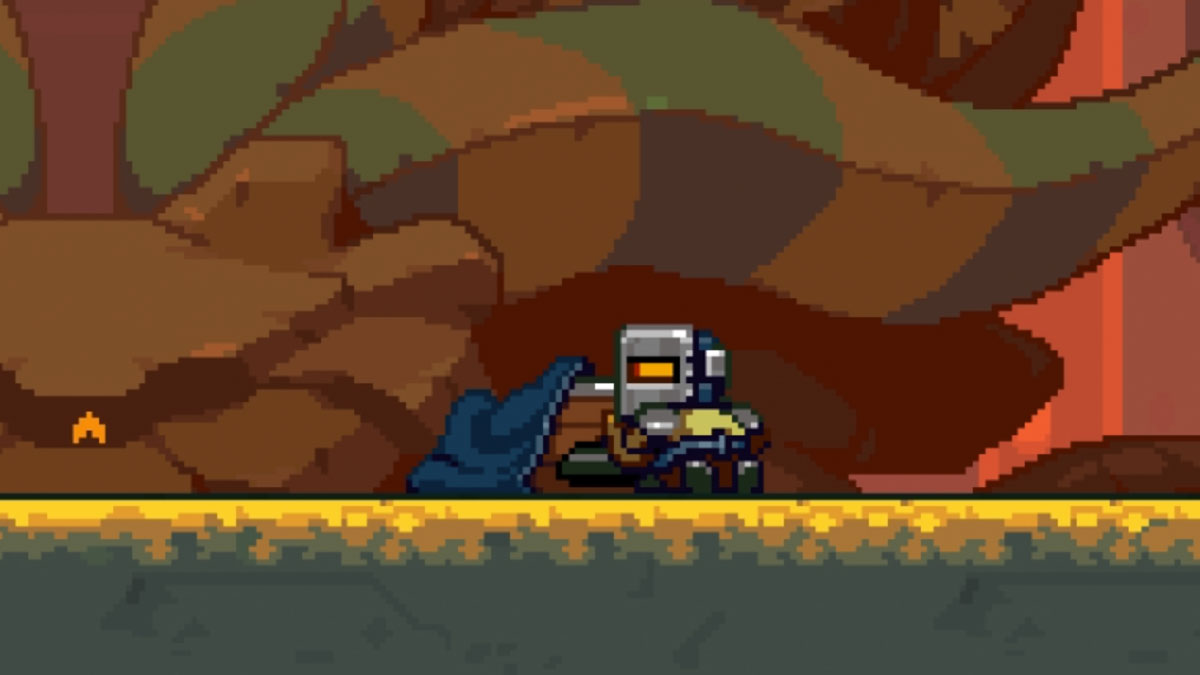 Tinker Knight has been a part of every Shovel Knight game so far, and he’s back in Dig as a member of Hexcavators. Get through the Smelterworks, and you’ll have to deal with the diminutive knight before you can move on to the next biome. As always, he’s got some dangerous inventions you’ll need to deal with.

Related: How to beat Mole Knight in Shovel Knight Dig

How to defeat Tinker Knight – Phase 1

Tinker Knight begins the battle with a small health bar as he zips around in a drill-tipped biplane. As he crosses back and forth, he drops missiles and throws wrenches at you. The wrenches can actually be bounced off of, but it’s best not to get too fancy in this early phase. Wait for Tinker Knight to dive down toward the ground, then hop up to drop onto him with a bouncing shovel attack. If you catch him at the right angle, you can get in a few hits as you follow him up the arc of his flight path.

How to defeat Tinker Knight – Phase 2

Once that smaller health bar is gone, the real battle begins. Tinker Knight summons his lava boat, which has way more defenses than the little plane. It can fire a barrage of missiles into the air, so be prepared to steer clear of those as they rain down. It can also ram into the side of the arena, sending waves of lava lapping over the deck — get onto the higher platforms to stay safe. Lastly, the boat can sink lower, leaving only the top platforms as safe spaces. Look out for volcanic rocks that shoot over the boat in an arc during this time.

Throughout this phase, Tinker Knight will pop in and out of the covers along the boat. If he’s below deck, you won’t really be able to hit him, so just keep dodging the wrenches he throws. If he pops out of any of the others, take the opportunity to get some attacks in; you can tell which one he’s about to emerge from because it’ll glow red. Be careful once you start seeing more than one glow, because the ones he doesn’t actually use will release a fire jet. Wait until you see him emerge before you rush in.

Tinker Knight’s second phase is far more dangerous than the first, so take care not to play things too loose during the beginning of the battle. Steer clear of his many traps, and you’ll eventually wreck both this knight and his new ship.