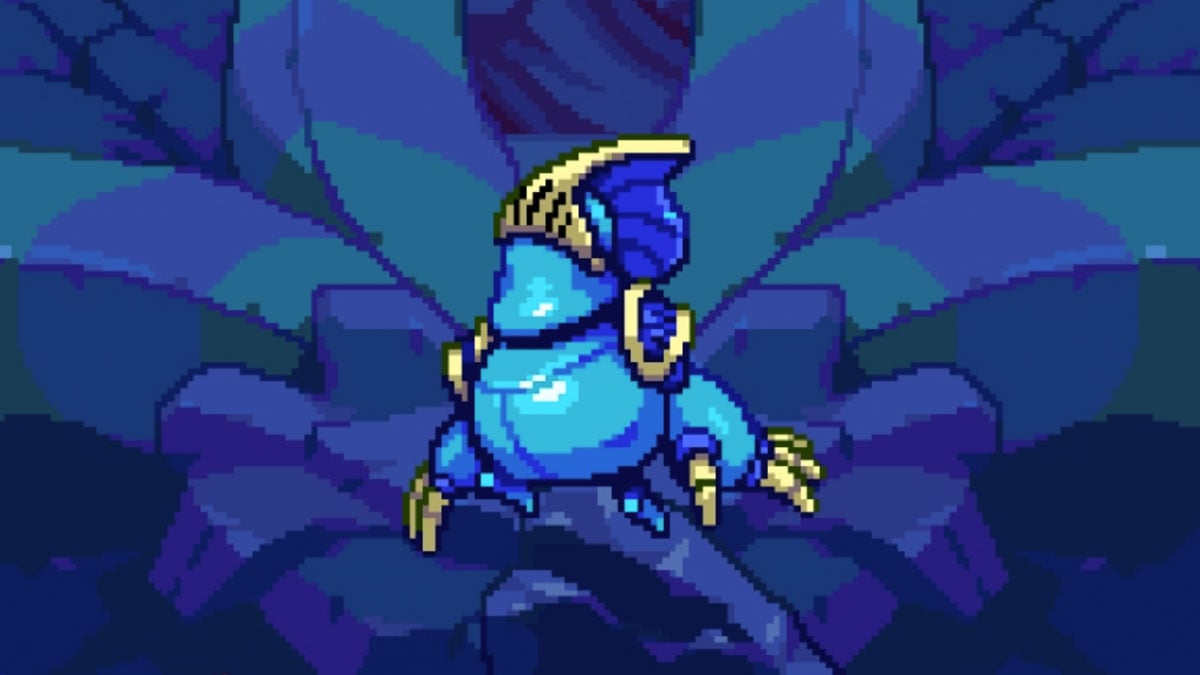 Shovel Knight Dig sees our hero tangling with the Hexcavators, a team composed of six new and returning foes. Mole Knight has been seen before, but in previous games his home turf and attacks were fire-based. This time, he’s a water-bender. Changes or not, you’re going to need to know how to take him down if you want to clear every biome.

Related: How to beat Spore Knight in Shovel Knight Dig

How to defeat Mole Knight – Phase 1

He might embody a whole new element, but Mole Knight still has some of the same moves from original Shovel Knight. His first primary attack is a slide, as he burrows in and out of the sides of the screen and crosses through the middle. Your best bet is to jump up and get in a shovel bounce to do damage during this time, but watch out for the sparks that fly off of Mole Knight’s back. These will also hurt you if they connect.

Mole Knight’s second attack sends him diving into the water. Hop over his fin-like helmet so that you don’t get hit, then stay clear when he leaps up into the air for a slamming attack. There’s a good window to deal damage right after he lands. Remember that boss rooms can vary, and if yours looks like the screenshot above, avoid stepping into the little alcoves — it’s easy to get cornered there.

How to defeat Mole Knight – Phase 2

When Mole Knight has half HP, he’ll start using a new attack. As he leaps up and slowly spins back down, he’ll fling large drops of water at you. Sidestepping those is only the first part though. After a moment, the bubbles will rise back up from below, possibly carrying fish enemies. You can bounce off the bubbles and pop them in midair like the ones that appear in the levels leading up to this fight, but it’s best to avoid dropping any more enemies onto the battlefield. If you can, just avoid the bubbles altogether.

Mole Knight moves fast, but you can stand strong by being prepared for each of the attacks we described. Pay attention to his movements, and you’ll leave this knight out to dry.