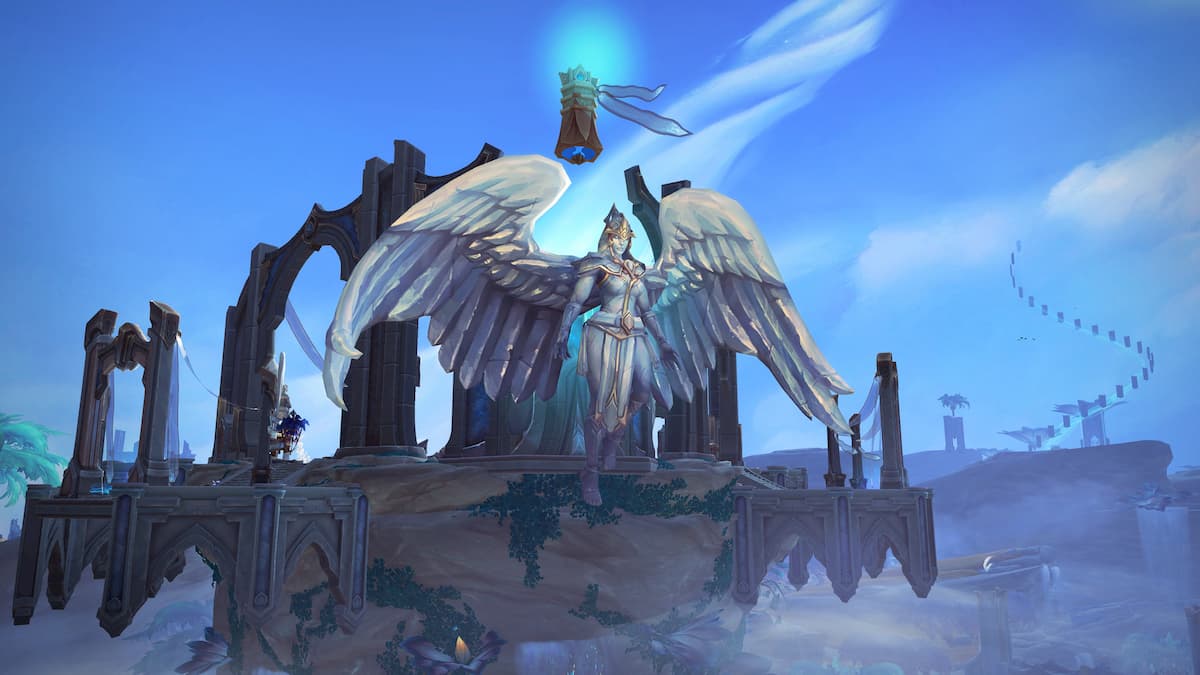 Valinor is now active in World of Warcraft: Shadowlands. Plenty of great loot is available once you defeat him, so we’ll explain how to deal with the giant golem.

Valinor is in Bastion, by the Temple of Loyalty. The closest flight path location is the Terrace of the Collectors. Once you land, start your journey west, and you’ll eventually encounter the location for the fight, marked on your map.

Fighting Valinor and his abilities

The battle will begin when you destroy all of the anima barrels surrounding the area. All party members should watch out for the Anima Charge, which shoots out a bolt that splits into four smaller bolts. You can dodge this regardless of your role.

Valinor can send out a Charged Anima Blast, which gives Arcande damage and hops over to any characters close to you. This can hurt up to 40 different people, and the damage will increase by 25% each time the blast goes to a different person.

Tanks should coordinate how to handle the Mark of Pentience, which reduces healing by 20%. If it stacks too high, make sure to get another tank to take this attack.

Valinor can use Vent Anima, which lets loose all of the stored anima to damage anyone within 60 yards. This is an instant cast, so be prepared to deal with the damage as soon as it appears.

Lysonia floats overhead, and will use Lysonia’s Call, marking someone as a target for the rest of the mobs in the area. Recharge Anima is your best chance to wail on Valinor, as he will take a 2.5 second cast and shut down for half a minute to recharge anima reserves.

When Valinor is defeated, you have three possible Legendary Memories to find: Final Verdict for a Retribution Paladin, Windspeaker’s Lava Resurgence for an Elemental Shaman, and Archbishop Benedictus for a Holy Priest. Valinor will also drop other loot at Item Level 207, which is the same as what you would get out of a normal run in Castle Nathria.