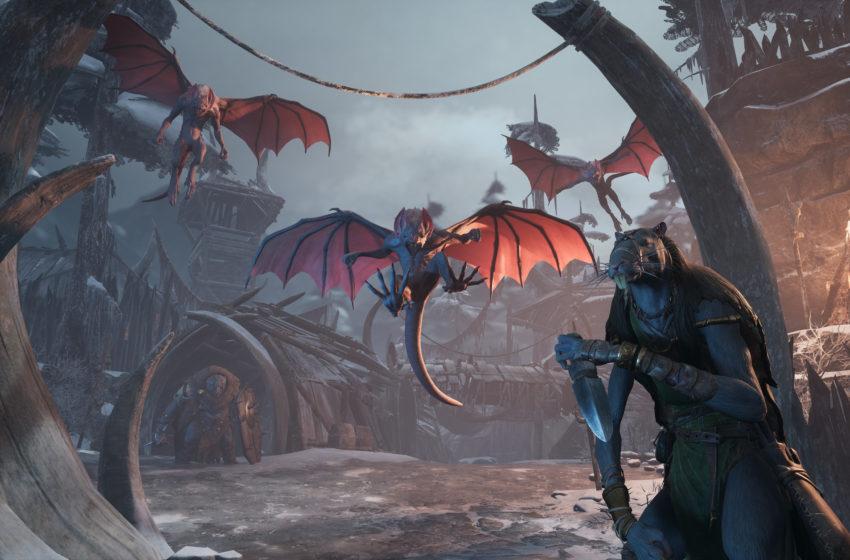 As you make your way into The Crimson Hold, a new threat awaits you in Remnant: From the Ashes’ DLC Subject 2923. It’s Vargr the Warg and Brudvaak the rider, a dangerous combination of beast and creature handler. Brudvaak rides Vargr, forcing you to dodge left and right to avoid their impending attacks. They both have separate health bars, forcing you to take them as individuals, not as single entities.

You might find it easier to keep both of their health reasonably close together. When the other one falls, the other that is still standing receives a buff, doing more damage and frostbite to you during the fight.

For the first portion, Brudvaak remains on Vargr, who charges at you. You want to roll to the left or the right as it moves to its back legs to dive forward. Brudvaak can attack from his mounted position, throwing projectiles at you using his lance.

When Brudvaak steps down, Vargr burrows underground, and you can watch their movement based on the outline they leave as they charge beneath the ground. Keep an eye on this because when Vargr gets closer to you, it attempts to burst out from below you and attack. While Brudvaak is not mounted, he can leap into the air to charge at you, fire frost projectiles, build up an attack for a fire blast, or shoot his harpoon.

While Brudvaak is dismounted, you want to keep on him until Vargr gets close, and then dodge away. If you hear horns, look past the barricades surrounding the fighting zone because projectiles from behind there will come at you.

When you take out one of the bosses, the other gains a substantial buff, and their overall attack pattern doesn’t change. They can do additional frostbite damage to you while in this form.

Switching between the two bosses is essential, and using the Fire Mod certainly helps quite a bit to take them both down. We used the submachine gun to make short work of their health and the charcoal necklace to do even more fire damage to the pair. You want to keep the item spiceroot in your quick menu because of how fast frostbite can build up on your character, especially after taking one of the bosses out.

The fight shouldn’t be too difficult. There were no unique mechanics to take down either opponent. Of the pair, it was easier to take out Vargr first and then focus on Brudvaak. Once you win, you’ll receive Steel of Agony, which you can take back to Ward 13 to turn into the Chain Blade.