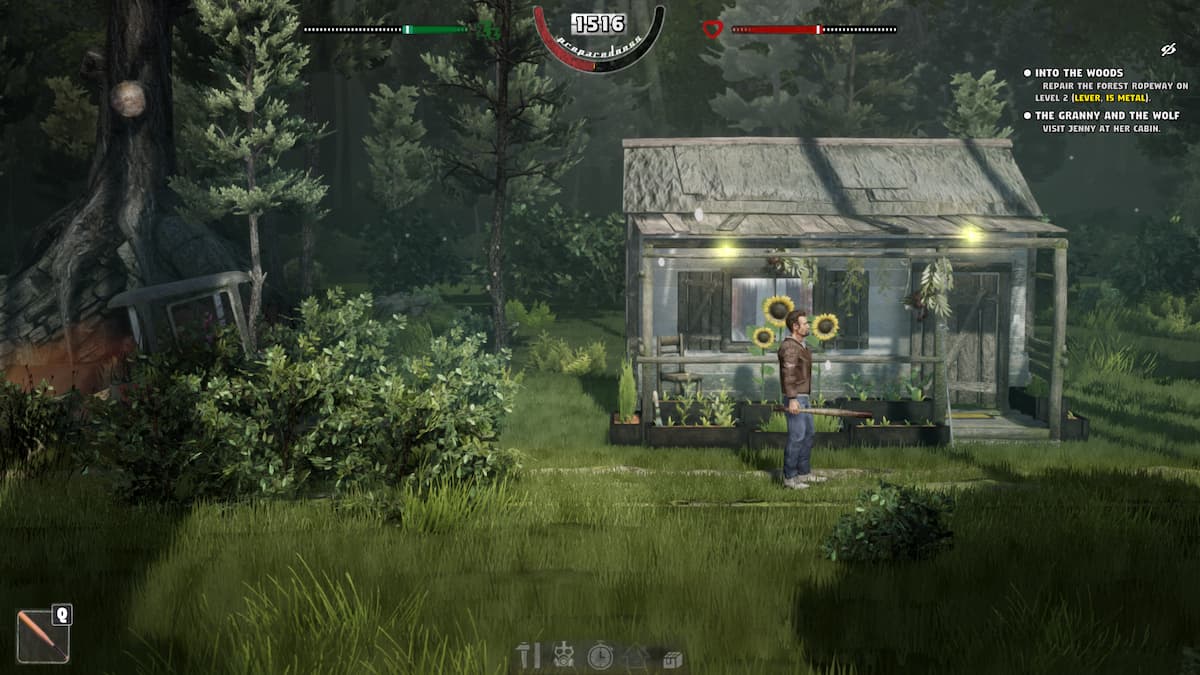 Mr. Prepper forces you to rely on several of your fellow townsfolk to survive its harsh world. A few of them are unlocked from the start, but several will require you to do specific things to unlock them. The first of these you’ll come across is The Herbalist. She’s an important person to have on your side as she provides you with a good way to get seeds for your underground gardens.

Where to find The Herbalist

The game tells you that you can find someone helpful in the forest, but if you’re not paying close attention, you might miss her. As you move through the first level of the forest, you’ll come across a shaking bush. Interact with that bush to find the lady you’re looking for. She’ll task you with killing the wolfpack that’s taken over her forest home. Before you leave, make sure to grab the lever as it’s the only way to move to level two of the forest through the ropeway system.

Up to this point, Mr. Prepper hasn’t had any combat. Thankfully, you can easily craft a baseball bat back at your bunker. It takes 15 wood, which you should get from dissembling the logs you find in the forest. Once you’ve equipped the bat, you’re ready to take on the wolfpack.

Combat in Mr. Prepper’s early stages is pretty simple. You just click on the wolves as they attack you and guard as needed. If you run into problems, make sure you take some blueberries with you. Scarf them down to get a quick health boost and get back into the fight.

Once you take out the wolves, you’ll get access to The Herbalist’s shack. Inside, you can grab several different seed types for free. She’s also now unlocked as a merchant and gives your next quest to explore the mines.

Make sure to get to The Herbalist as quickly as possible. She’s one of the more helpful characters in the early game, and things really start to open up once you’ve met her.