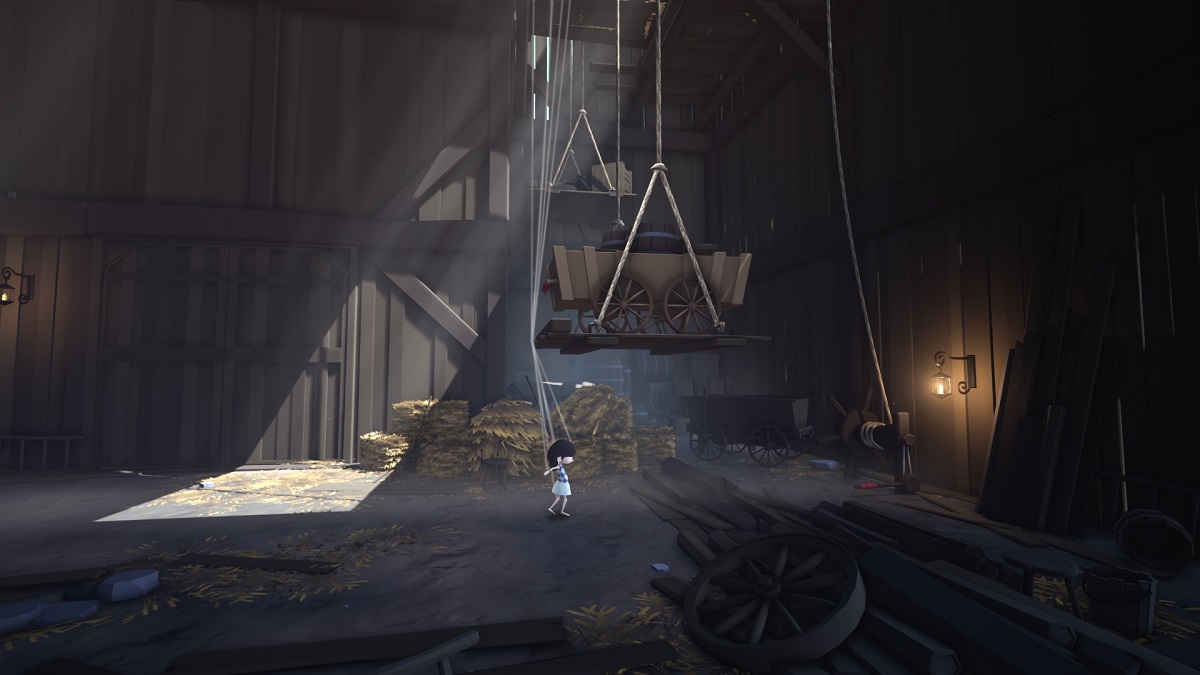 There’s nothing more tragic than a caged child, and the villainous ringmaster in A Juggler’s Tale leaves her there whenever she’s not performing in front of a bear. Here’s how to break out, thanks to the assistance of a few rats.

In a fairytale-like setting, you’re a child on an adventure in the outside world. However, to break out, you’ll need an apple from the rats. In the cutscene, one of the rats comes up to the cage and offers to give you an apple. This isn’t as glamorous as Cinderella, but you must aim the apple towards the left tool rack. Throwing the apple there will cause a ruckus as the spade falls to the ground. This prompts the ringmaster to approach and put the tool back in its place.

While the ringmaster is distracted, pick up his keys from his pocket with the RT button (or R2 on PlayStation). Now, use those keys on the lock, and you’ll be free from his clutches forever.

Well, that’s if you can get out of the encampment. Run forward and jump to the next ledge. Free the bear from his cage as well and keep running forward.

You’ll realize soon after that you’ll need the bear’s help to get past the cart’s platform. It will then lend a paw. Jump onto it and over the cart to the other side. You’ll see a lever with a red pattern on the end of it. Grab it and then the cart will collapse on the ground. Get on the other side of the cart and push it. The bear will come in to assist you.

After that, you’ll then be elevated to a higher platform away from the ringmaster, but the bear sacrifices its freedom to save you.