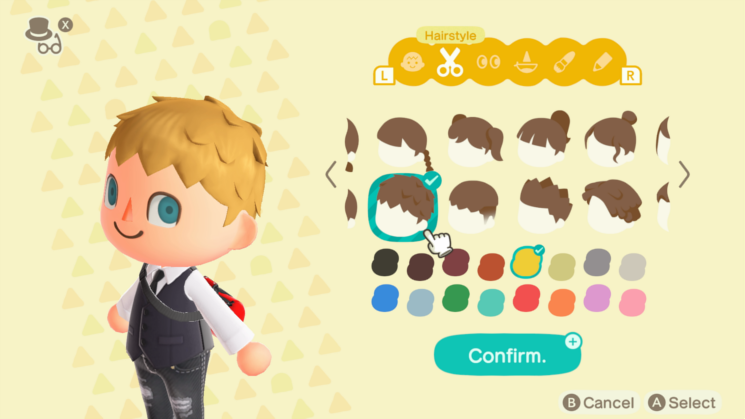 Let’s face it, sometimes you need to make a change to your life in Animal Crossing: New Horizons to your character.

You might have been unhappy with how your character looks from when you first made them and want to change anything from the character’s eyes, eye color, or hairstyle. In previous Animal Crossing games though, anything other than the Hair on your head was, for the most part, unchangeable (at least to some degree) and you were stuck with what you were given.

Thankfully with the release of New Horizons, though, that is no longer the case. You can freely change your appearance and hairstyle from the beginning so long as you have a specific item without even having to pay any money to do so.

You’ll need to have either a Vanity or Mirror or an item that you can place inside your house that will allow you to look at your character. Once you placed one, step up to it and press the “A” button briefly and a small textbox will appear.

It’ll ask you if you want to change your look. Choose the “Change it up!” option and the character customization wheel will appear, allowing you to recreate your character, gender, and choose any hairstyle you might want. You can even unlock additional hairstyles while playing the game.

You will need to purchase additional hairstyles with Nook Miles in the ATM machine in Resident Services. There are three different ones that give you eight new hairstyles each at 3,000 Nook Miles each (9,000 total).

There are no additional eyes, noses, etc, that you can unlock, however, so you’ll have to make do with what you had at the beginning if you plan to change the overall look of your Villager.

Once you are done with your changes, click “Confirm” and your appearance will match the new one you just created!