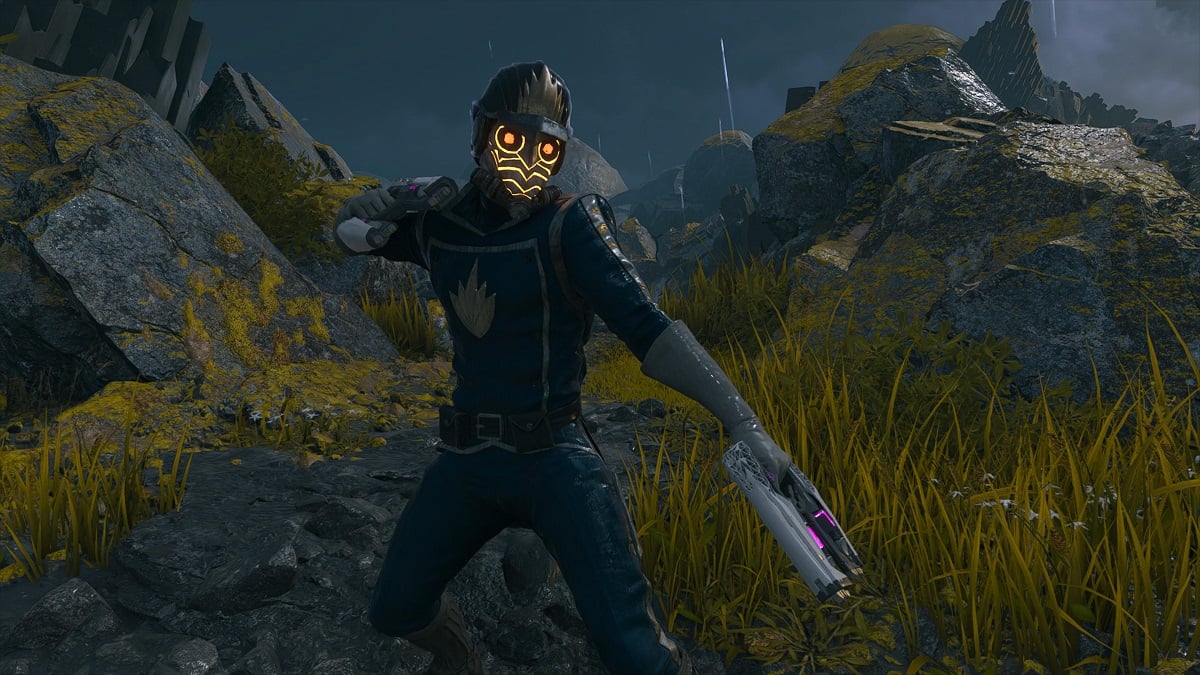 Marvel’s Guardians of the Galaxy, especially Starlord, are rolling down the streets of Knowhere with style, and the game matches that swagger with many different outfits to find. And thankfully, you can change outfits at any time outside of cutscenes.

To change your outfit, go to the pause menu of Marvel’s Guardians of the Galaxy. You’ll see the whole group standing dominant on the screen. Using the left analog stick, select the character you want to outfit with new threads and then press the triangle button (Y on Xbox and X on the Nintendo Switch).

Once you’re in the outfit menu, you can select their get-up. For example, you can change Groot to his MCU Guardians of the Galaxy (2014) look or turn Starlord into Nova-Lord. That’s so unlike him.

On the right, the developer Eidos Montreal gives some neat details about the costume you’re selecting. It will give you some lore about the costume and who originally made the kit. For example, Starlord explains that his War-Lord outfit is from his need for something more military as the Chitauri was firing upon him in the trenches of war. We also find out that the War-Lord costume is from the Annihilation: Conquest – Starlord #1 issue from 2007. Every major staff member of the comic and behind the costume is credited, which is a nice touch.

To select a different hero’s costume alteration, back out to the pause menu again, select your desired Guardian with the left analog stick, and press triangle, Y, or X., depending on your console.

To find new costumes, you’ll have to collect them from steering off the main path. Crawling through holes, vents, and destroying objects like moss is typically the way you can get them. If you find a purple box, you’re good to go.