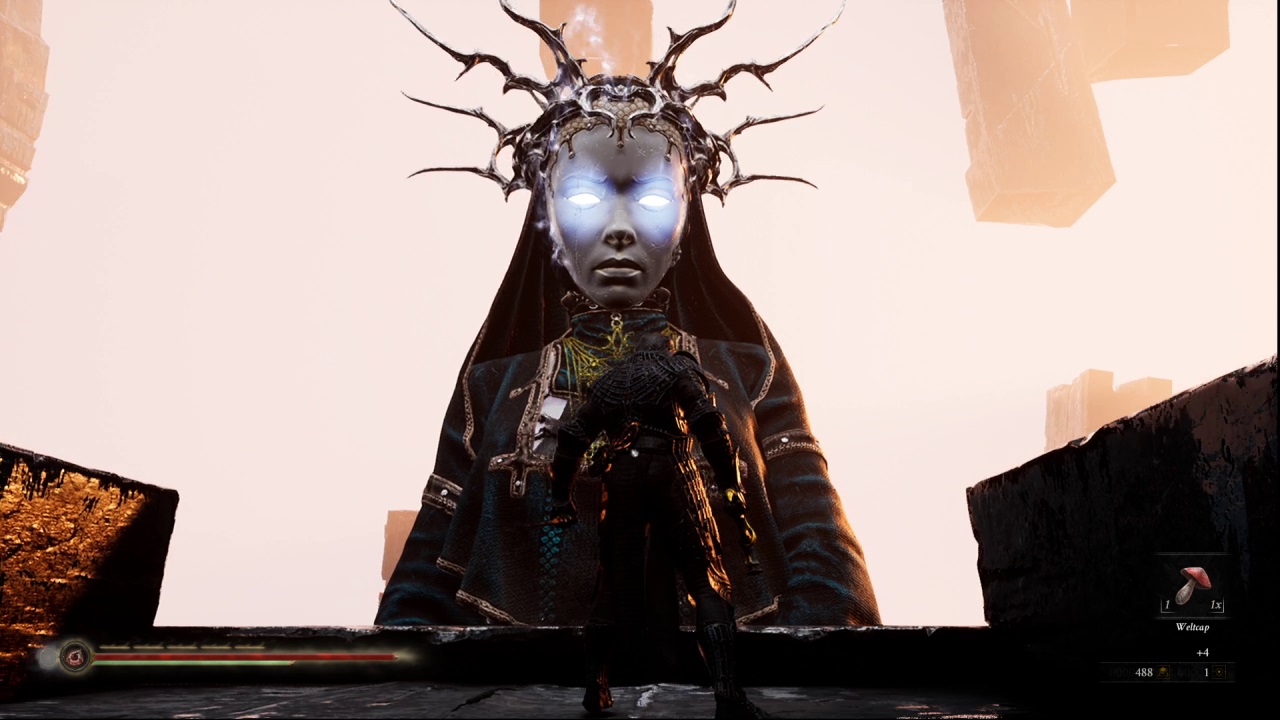 One of the more intriguing elements to combat in Mortal Shell is the weapon system. Rather than weapons dropping from enemies in the same way that items do, a selection of four main weapons in Mortal Shell will be present at set areas, and you can unlock them by reaching the area, reciting the ancient book close by to the nearby Sester Genessa statue and completing a combat challenge.

Each time you attempt the challenge, you will face a mini-boss named Hadern, the same warrior that you met at the end of the game’s tutorial, who uses the weapon you will unlock.

The second is more difficult as completing a temple area will present you with an item that will allow you to spawn in one of the weapons at will. This is typically the weapon that you unlocked within the area, so for example, the item to instantly equip the Martyr’s Blade will be available after completing venturing through the Abandoned Chamber. Once all of them have been completed, you will be able to use any of them to equip your weapon of choice at will.