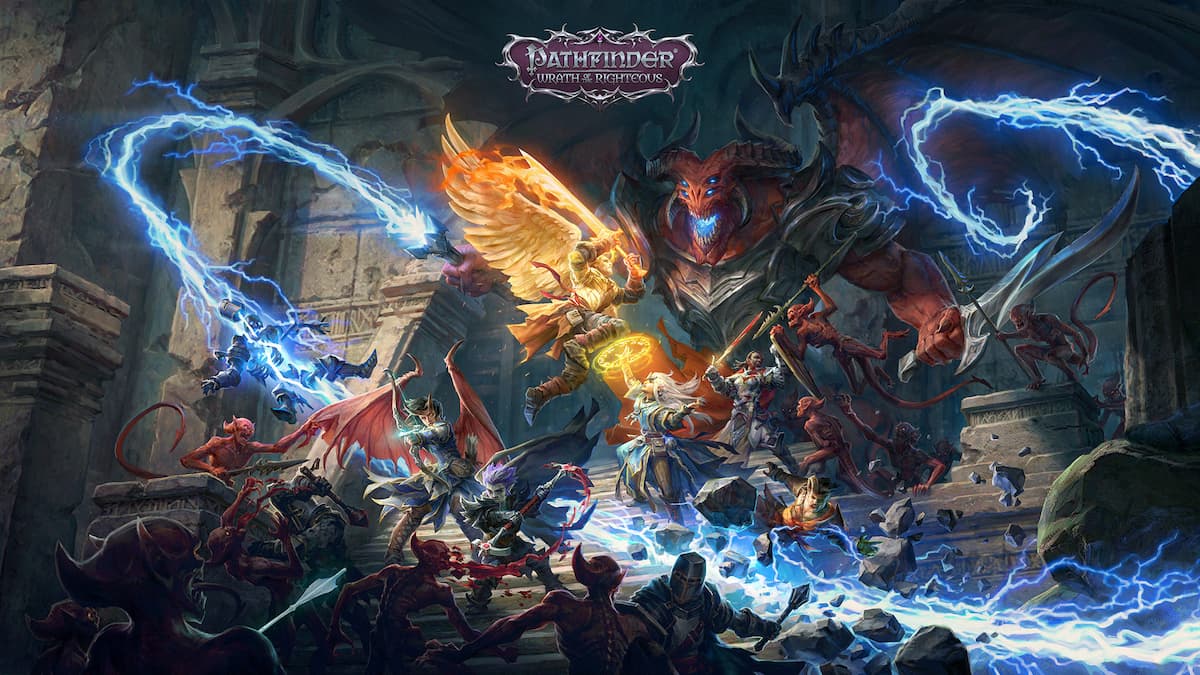 Are you a player sitting on a cache of looted weapons but stuck using the same one that the game handed out in the beginning? Or did a great weapon get looted, but by the wrong character? Here is a quick guide on how to change each character’s weapon in Pathfinder: Wrath of the Righteous.

Getting into the Inventory menu is the only way to change a character’s weapon, but there are a few different ways to access it. Although the player can use the quick menu at the bottom left of the screen (the loot sack on the far left of the menu), the second way is faster.

Simply press the (I) button on the keyboard to access the Inventory page. Once the player is in inventory, they can float the cursor over any weapon to bring up a weapon comparison chart that will show attack stats for the weapon equipped vs. the new weapon of choice. After comparing weapons, the player can right-click on a new weapon and select equip from the menu.

A player also has the option of not using a weapon and shield configuration that is already pre-set by the game. The player can drag and drop a weapon into the small boxes around the character’s picture; the first box is for your lead hand, the other is for your second hand.

It looks like the player can have up to four weapon configurations, to begin with, but with a catch; once the player has a weapon in a configuration, that weapon is unavailable for a different configuration. Also, keep in mind that although a weapon states that it can be used in the primary or secondary hand, some weapons will take up both hands when equipped, causing the player to be unable to equip multiple weapons or shields. The weapon menu will notify the player if it can be used by that character and if it is available as a secondary weapon.