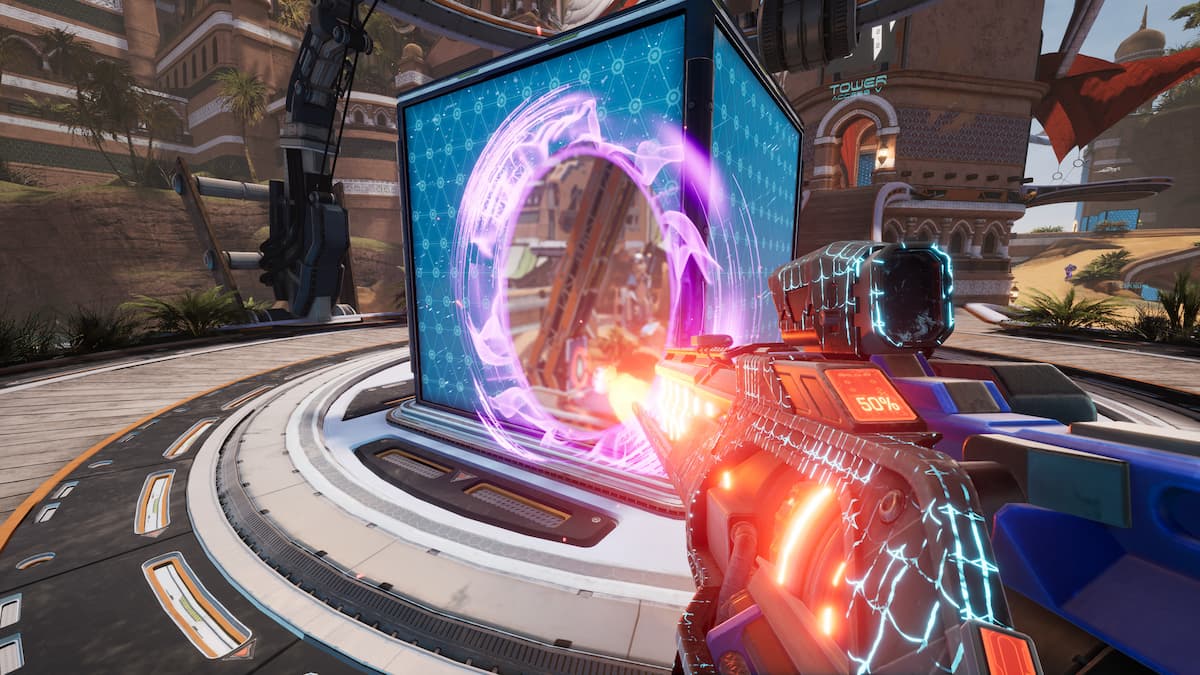 Splitgate puts players in the middle of heated arena battles where they can take advantage of portals to move around the battlefield and great lines of sight on enemies. It’s a hi-octane challenge filled with all manner of interesting weapons.

Some players out there are wondering how they can change their loadouts in Splitgate, but this is not actually something you can do in the traditional sense. While players might be used to games like Call of Duty or Battlefield where you can select different loadouts and jump into a game, in Splitgate you start with specific loadouts depending on the mode you are playing.

In Casual or Ranked play, you will begin with a Carbine and Pistol. This can vary depending on the mode, in a mode like Gun Game, for example, you will cycle through different weapons as you play. Modes like Snipers and Shotties will be self-explanatory, and you will start with the title weapons. After that, you can get different weapons by picking them up in-game.

Weapons spawn in marked spawners, and will normally be titled in most of the modes so you can easily tell what they are from a distance. If you pick up a weapon, then die with it, you will respawn with the mode’s original starting loadout.

The only real way to do a more traditional loadout is in a custom game where you can set the starting weapons, but you will need to be able to fill the lobby yourself.