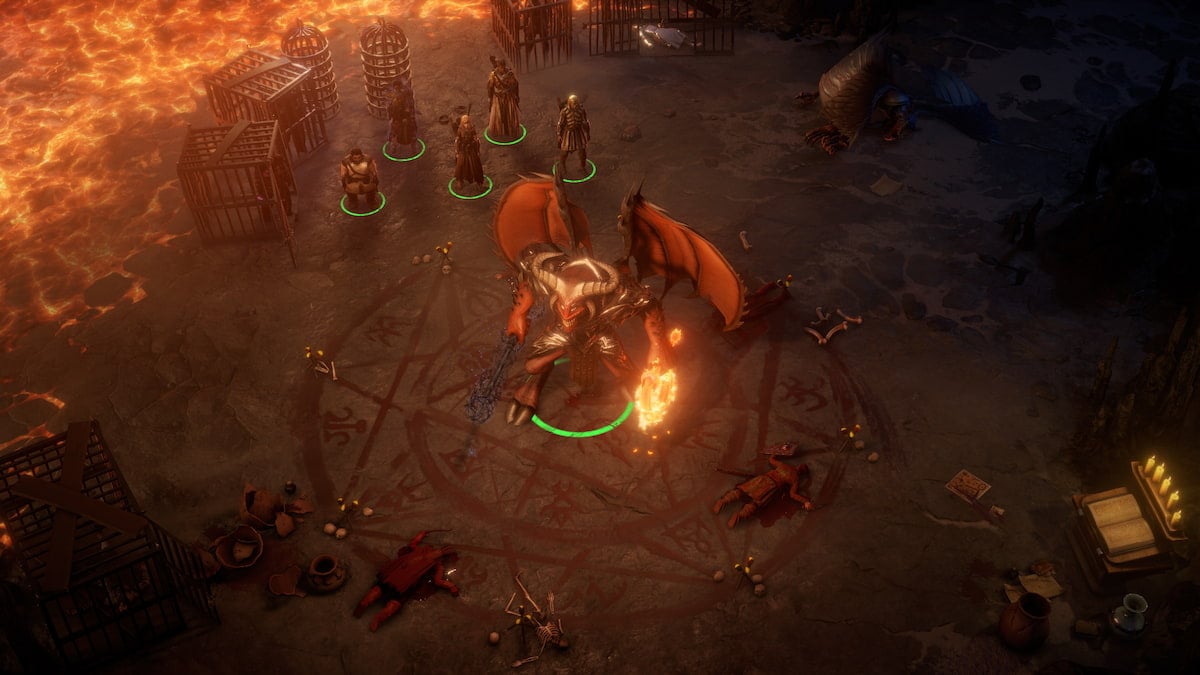 When you arrive at the Defender’s Heart after concluding the underground portion in Kenabres, you’ll be preparing the tavern for another demon attack during your playthrough of Pathfinder: Wrath of the Righteous. Eventually, you’ll have to defend this position with Irabeth and her team. You’ll want to make sure you’re ready, and you have little time to prepare and bring allies to this location. This guide details what you need to do to complete A Stay of Execution quest.

When this quest occurs, it’ll be a bit random while you’re wandering around the city or while you’re resting at the Defender’s Heart. Essentially, a messenger will arrive at your location and inform you that you need to return to the Defender’s Heart and report to Irabeth because the demon attack is coming. Therefore, if you’re out wandering the city, it’s highly recommended that you drop your current activity, return to the tavern, and go straight to Irabeth. Failure to do so may lead to failing this quest, and those at the tavern could have horrible consequences because of it.

At the Defender’s Tavern, speak with Irabeth at the table. She’ll tell you that you have a little time before the battle starts, giving you an opportune moment to see to your gear, purchase potions, or have a short rest. You won’t be able to have a long one, though. When you’re ready, speak with her and tell her you’re ready for the battle. First, you’ll have to choose from your companions who you want to fight by your side.

When you’re ready, you’ll return to the front of the tavern, and a brief cutscene will play out, showing Cultists attacking the tavern using fire. Eventually, a gate will fall, and you’ll have to defend it. While this location is important, Cultists will also be climbing onto the ramparts using a ladder, so make sure to send a few companions there to defend that location, potentially the ranged fighters who can remain close to your party.

The Cultists will continue to pour out from both sides. You don’t want to throw your entire party at any side, but lure the Cultists towards the middle of the encampment, using the NPCs to help cut through them and ensure your party members are not the primary target.

You’ll be nearing the end of the engagement when a large Minotaur cuts down another gate behind the tavern. Unfortunately, you’re still dealing with many Cultists that have already been pouring into the location. Given the Minotaur’s level, your best bet is to focus on the smaller enemies in the area and then focus on the Minotaur once the last creature is standing. You’ll also want to inspect this creature before fighting it, keeping in mind it has resistance against Fire and Ice-based attacks and is an extremely adept melee combatant.

While the Minotaur will go straight towards the allies defending the front of the tavern, this is a good location to bring your party to ensure they have support during the invasion. This way, when Seelah, your Paladin, draws the creature’s aggression, other NPCs will be able to attack it.

Your primary concern will be the ranged Cultists, the ones throwing fire onto the tavern. While the defending fighters at the front of the battle are a primary concern, if you do not deal with the ranged Cultists quickly enough, they’ll be able to set the entire place on fire, and they’re extremely effective at lowering your tavern’s defenses to zero. The number at the top of your screen determines if you fail or succeed in the quest. You want to keep it from reaching zero.

Upon completing this quest, Irabeth will welcome you back at the tavern for a celebration. You’ll receive experience points for surviving the encounter, and you’ll also earn the weapon Heavy Flail of Weakness.