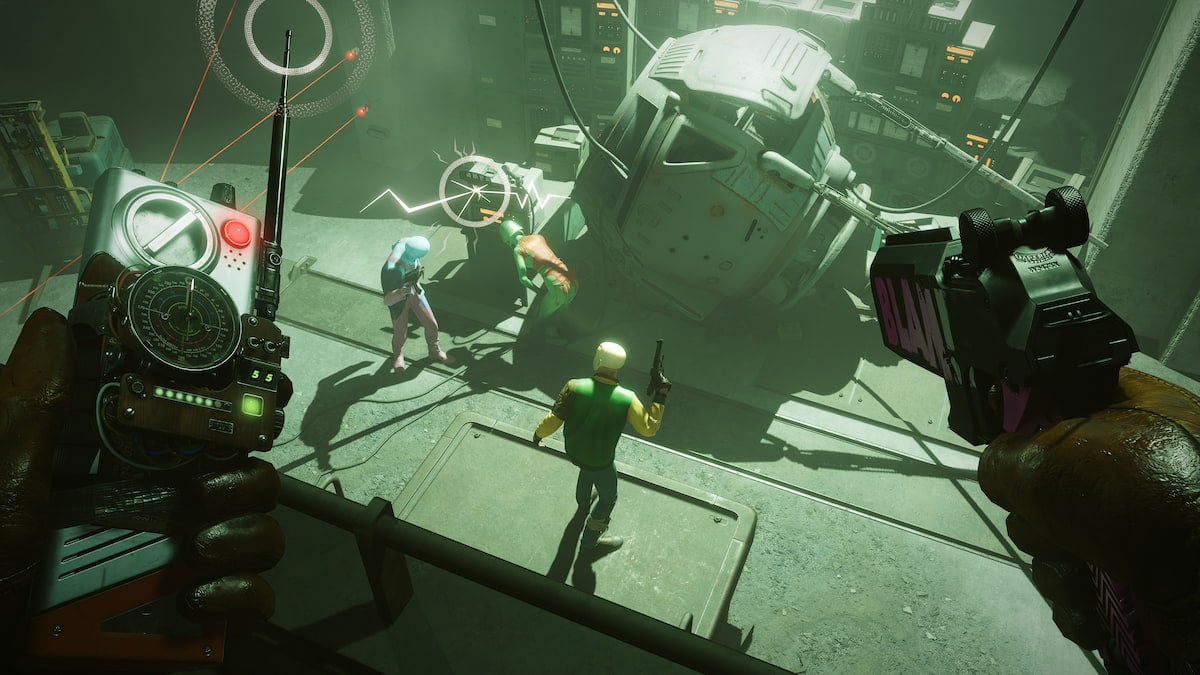 The Afternoon Delight Lead has Fia and Charlie hooking up together in Deathloop. These two lovebirds are trying to spend a little time together, but you can crash the party and take them both out at once. You’ll want to complete the Space Invader Lead to learn about this one.

You can only start Afternoonnoon Delight during the noon timeslot on Fristand Rock. You’ll be searching Fia’s Fortress to discover the code that the pair use to enter their hideout. When you make your way inside of Fia’s fortress, you’ll have to locate the four pictograms that details out the four-digit code.

The first Pictogram is described as being marked as ‘Fia’s stage exit.’ You can find this inside her primary room where she keeps her reactor. The entrance from the main facility, to her room, will have a red painting with green and white symbols. This will be the first Pictogram, and the other three are not too far away. This is on floor zero.

The second Pictogram is described as being ‘tends the main hall.’ You can find this painting in a large hallway, leading towards the primary entrance of the facility, right next to where the first Pictogram can be found. It’s going to be in the hallway connecting the entrance of the facility to Fia’s reactor. On the large wall, on the route side will be a red painting with green and white symbols on it. This is the painting you need to find, and it’s on floor zero.

The third Pictogram is described as being ‘beneath the wheeled behemoth.’ This is right next to the second Pictograh. At the front entrance of the facility, where you saw the two Eternalists hanging out in front of a truck, go to the front of the truck and there will be a path underneath it. On its underside is a red painting with green and white symbols.

The fourth and final Pictogram in Fia’s palace is described as being ‘lubricates the shaft.’ You can find this one inside of the elevator shaft for the facility. You can reach it by going through the front entrance, or the one at the top of the facility. If you’re following along, it’s best to reach it from the location of the second Pictogram. When you enter the elevator, looking for the red painting with the green and white symbols. You’re going to need a double jump, or the Shift Slab, to reach it.

Return to the machine

The next step for this Lead is to return to the machine on Fristad Rock. You’ll want to do this during the afternoon. You’ll have a waypoint leading you back to Fia’s stronghold. However, you won’t be able to enter through the top or front entrance. Instead, you’re going to need to use the side entrance, which you can find on the right side of the facility. When approaching Fia’s fortress, stick to the right, and there should be a small platform you can enter with an unlocked door.

You’ll then need to take on Charlie’s machine beneath Fia’s facility. When you arrive to the ridiciousl machine, you’ll want to line up the four Pictographs you found with the correct sequence. You need to line up the Pictograms with the numbers. You can find the symbols next to the machine, and use the map. This was the sequence for us.

The door inside the room, on the right, should now be available and you can make your way down to the Pumping Station. Reach to the bottom of the elevator shaft, and you’ll have completed Afternoon Delight.