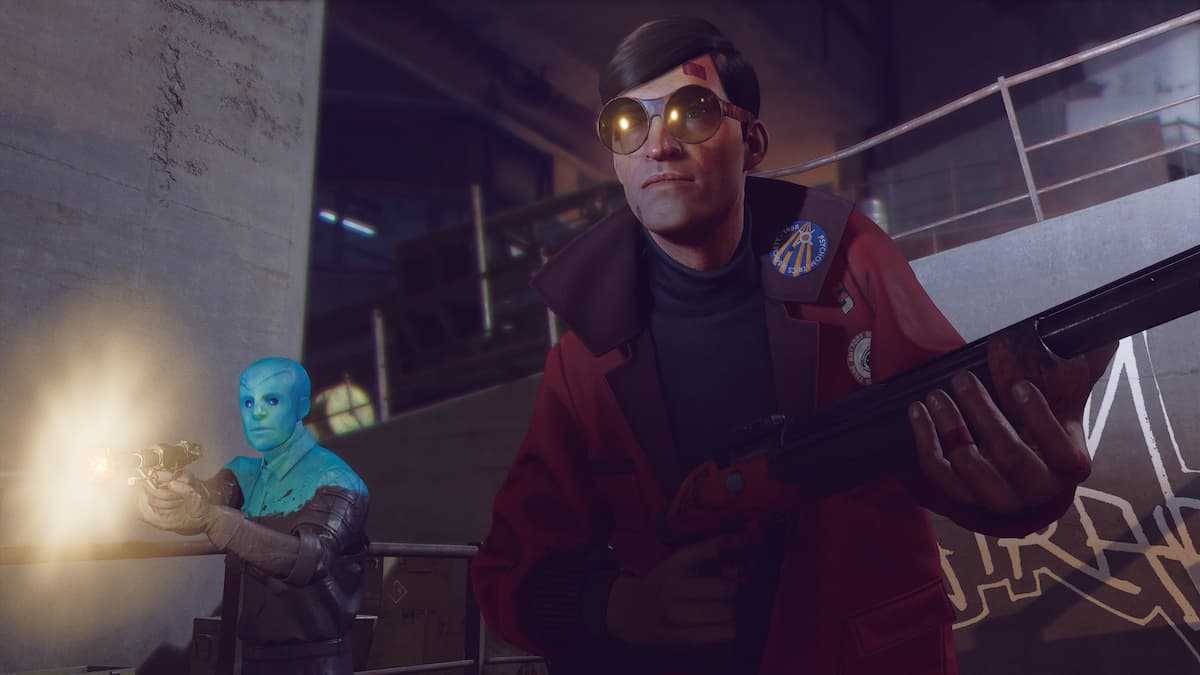 The building in Updaam called The Moxie is a structure created by one of the Visionaries, Charlie, in Deathloop. In it, you’ll have to complete three floors of mini-games, and you’ll have the chance to earn prizes for correctly solving each floor. While solving a floor gives you a reward, completing the entire building quickly enough and earning the fastest time grants you a big prize. This is what you need to do to complete all of the mini-games featured in The Moxie.

It’s important to note that you can only visit The Moxie during the afternoon timeslot in Updaam. If you visit it at any other time in Deathloop, it will not be available.

On the first floor, the two games are going to be Pressure Plates and Lasers. The Pressure Plates game on the right side is where you can only touch the highlighted panels. We highly recommend making sure you have the double jump trinket. It’s a good way to adjust your angle in the air.

The second game, Lasers, is all about dodging the blue lasers that light up on the left side of the room.

The second floor features two similar games that are more advanced versions of the previous one. For the Pressure Plates game, rather than some tiles are falling towards you, away from where you need to go, it features the full lane and then turns off before switching to another lane. You can only be in the lit-up lane for a few seconds before having to switch. The Lasers mini-game is similar, where you’re going to need to focus on slipping through the middle while the bottom row is the far side, and the top one is next to you.

The third floor features the most advanced versions of the game. For the Pressure Plates, it’s a mixture of the first and second floor where the first part of the game features blocks that are moving in stacks, and then there are the pillars that change entire sections, moving left to right. The end of the panels feature moving stacks. If you time your jumps, you can hit the middle and land on the back before reaching the other end.

The last room full of lasers has series moving up and down, with a trio moving back and forth, and then the back end features the same set of lasers moving in a wave formation. A large laser also moves back and forth through the entire area that hits the top and bottom parts. You want to crouch while the wave lasers are down before moving forward, and then dive through the middle, and then crouch again at the final set of lasers. It’s best to wait until the top and bottom lasers are moving through the middle to perform a jump over them.

Once you finish the final game, you can grab your prize. Should you complete it in a timely fashion, you’ll receive a weapon for the final prize.