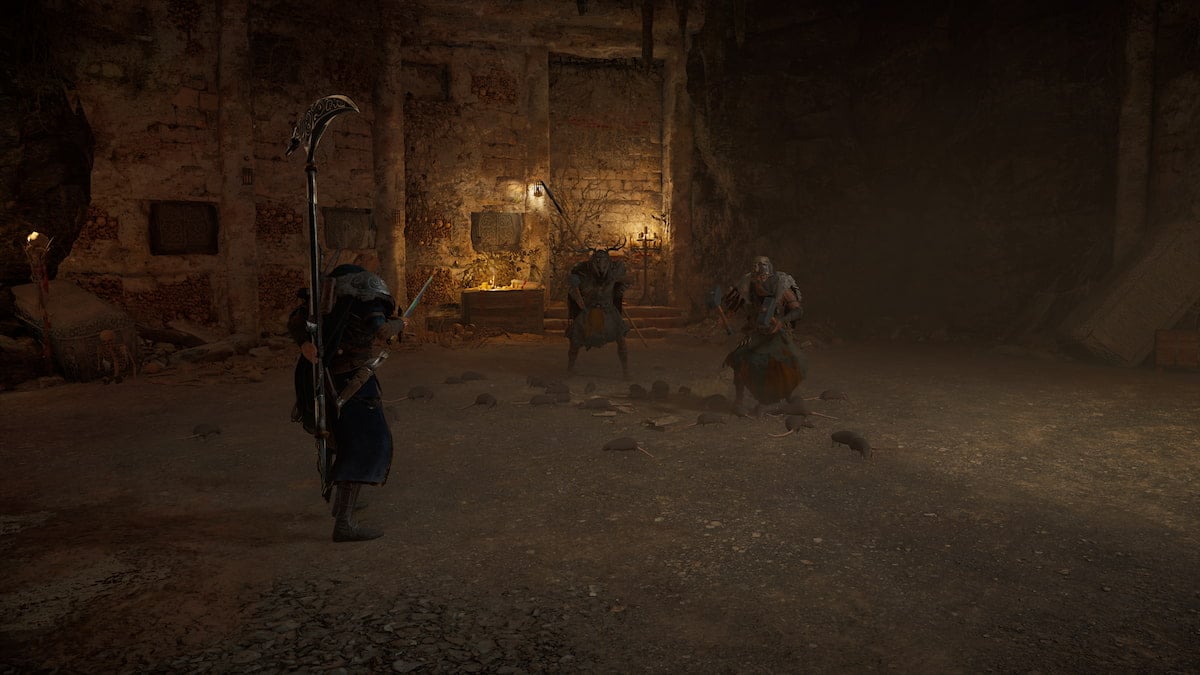 After defeating the final Champion and completing the Lugh’s Legend quest in Assassin’s Creed Valhalla, a trio of Champions will be hired to defend the rivers from Eivor’s raiding. One of them is Ireland’s Defender, and you can find them on the River Berbha. This guide details how to complete the Ireland’s Defender quest and where to find the champion.

When you arrive, you might have a little difficulty finding the champion. This is because they will not be on the surface with the rest of the fighters. Instead, the Champion will be underground, and you want to look for the entrance of a tomb closer to the base of the settlement’s hill. You can use Odin’s Sight to pinpoint the exact location.

When you find the Champion, there will be a pair of them. You’ll have to fight them both by yourself. When you defeat them, you’ll receive the Superior Hammer Celtic Crusher. It’s passive in that it increases your Axe Fury damage while equipped.