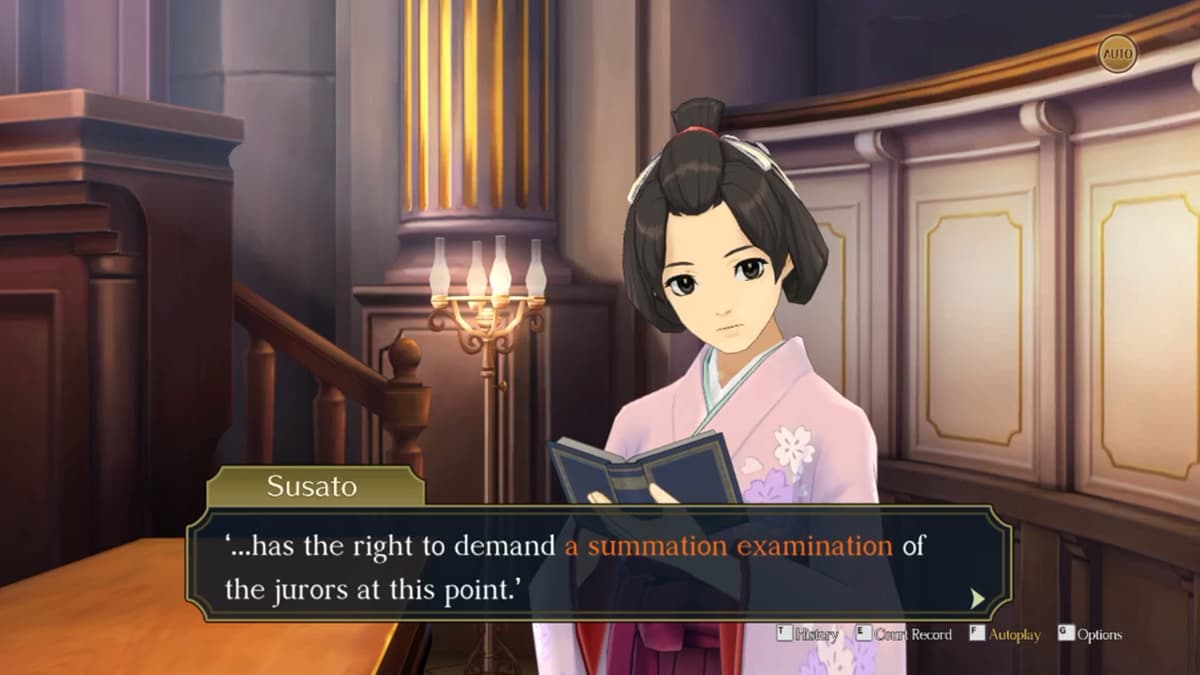 In your first cross-examination in Great Britain in The Adventure of the Runaway Room in The Great Ace Attorney Chronicles, Runosuke is doomed from the start. Most of the jury believe the accused Magnus McGilded is guilty of murder, and the remaining few are quickly coerced into the same. This was all supposed to happen so you could see the Summation Examination in action. Here is how to complete “The Defence’s Rebuttal.”

When Susato reads that the defense still has a fighting chance (even after the jury declares the accused guilty) with the Summation Examination, Ryunosuke takes it as a last-ditch effort to turn the trial in his favor. However, for the Summation Examination to work, you will need to find the contradictions in the jury’s statements and have them go at each other to reveal that things are not how they seem. With all six jurors decidedly leaning towards guilty, you need to convince at least four to switch their decision to innocent for the trial to continue.

When you begin, there are immediately two contradictions in this first Summation Examination.  With the first one, choose to Pit the statement of the second juror with the fifth. The former brings up the fact that the cab driver said four people paid 20 pence total. The latter is the head of the omnibus company and says prices for everyone are always four pence. If there was 20 pence total, another person was onboard the omnibus when the crime was committed. The resulting conversations will lead to both jurors changing their decision to innocent.

Next, Pit the statement of juror three to number six. Both are stating that the victim was stabbed in different ways, according to the witnesses’ testimonies. After that conversation, number six will change their verdict to innocent on account of the witness lying.

Before the third juror can change their verdict, the first will step in and ask about the possibility that both witnesses saw two stabbings. Of course, this is impossible because the Autopsy Report states that the victim was killed with a single stab. Present the evidence to him and the third juror will change his decision to innocent and continue the trial.