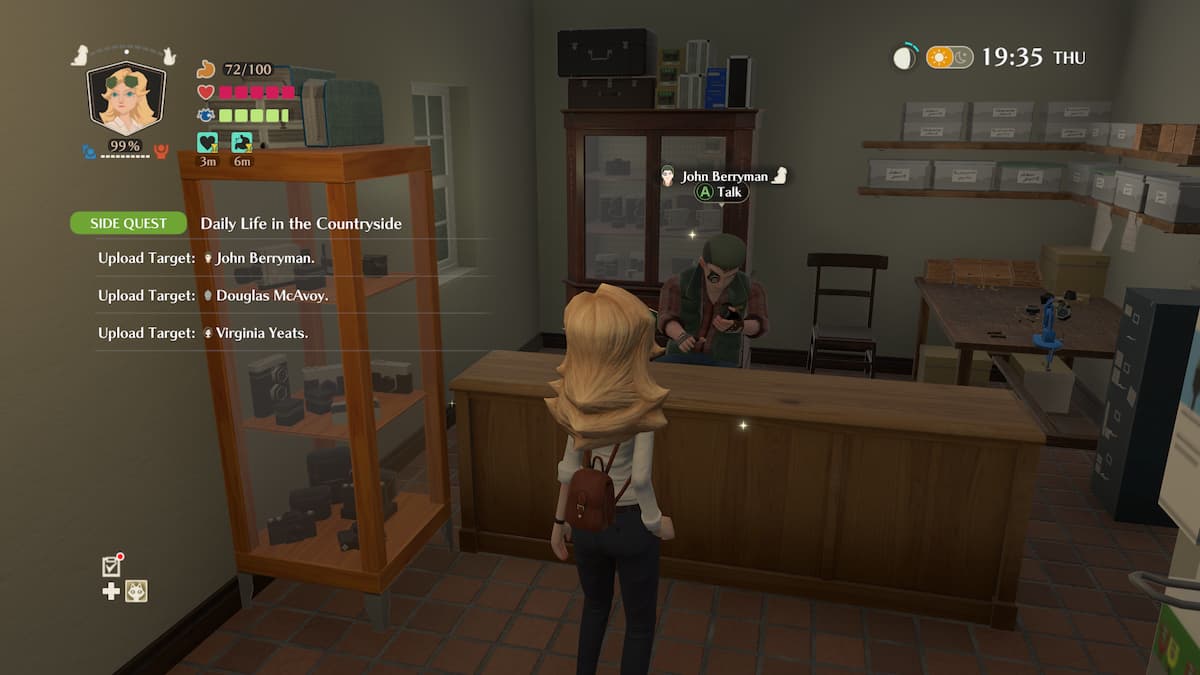 Unlike earlier The Good Life quest that involved finding two town hall members, the Daily Life in the Countryside side quest is more straightforward. In it, you need to find and photograph Douglas McAvoy, John Berryman, and Virginia Yeats.

As with other photo quests, you need to upload the pictures to Flamingo for your payout. Unlike that earlier quest, these NPC’s tend not to move around much. If you know where to look, this side quest can be completed in a matter of a minute.

Where to find Douglas McAvoy

Douglas McAvoy can be found standing outside the McAvoy Construction building in his bulky suit of armor. Because he lives in that building, he’s not going to budge, retreating indoors at night time. Douglas comes outside at 7:00.

Where to find Virginia Yeats

Virginia Yeats can be found either working the front counter or streaming on her laptop in her workshop at Fancy & Bunny in the town square. Both the store and her streaming set-up are in the same building. Although the sign on the front of the door lists the hours starting at 9:00, you’ll find Virginia inside as early as 7:00.

Where to find John

John Berryman can always be found at the camera shop that goes by John’s on the map. It’s right next to The Downer Hotel B&B and the 1977 bar. He’ll show up to work around 8:00. Because John is a crucial NPC that handles the repairs and upgrades for Naomi’s camera, he won’t go anywhere during the day.