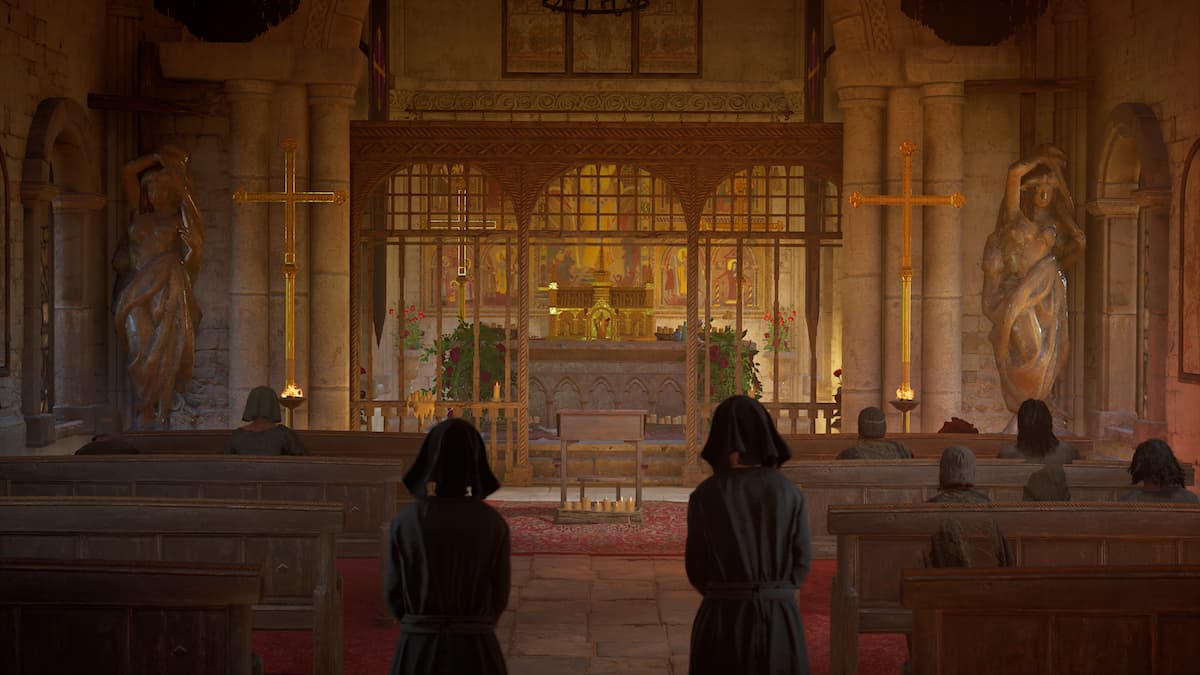 Upon learning the Charles the Fat’s Queen has gone missing after a brief meeting with him, Eivor agrees to find her. In Assassin’s Creed Valhalla’s The Siege of Paris DLC, Eivor will have to find the missing queen by visiting the town of Evreux, in the western portion of Francia. This guide details how to complete The Missing Queen quest. You will need The Siege of Paris expansion to play this.

When you arrive in town, you’ll need to look around for clues of the missing Queen. The quickest way to find them is to make your way to the center of town and listen to the crier standing on a platform in the center. Next, a town gathering will happen, and Eivor will speak to multiple people during the event to learn if anyone knows about the Queen’s whereabouts. You’ll need to go to the church to attend the gathering.

When you arrive inside the church, you’ll need to sit down on the bench to blend in. Then, a cutscene will trigger featuring the Little Mother, the one holding the event. During the cutscene, she subtle hints that she knows where the Queen is being held, forcing Eivor to find her after once the cutscene ends.

You’ll need to investigate the Church of Saint Taurinus to find out where the Little Mother went. You can speak with the woman in red about how her husband was taken for deliverance and has not returned for several days. She reveals that the rituals happen at Aquila, where the Queen is likely to be held. Closer to the front of the church is a sheet of paper describing deliverance. Upon finding these two key points, the quest of The Missing Queen ends, and the Sister of Sorrow begins.