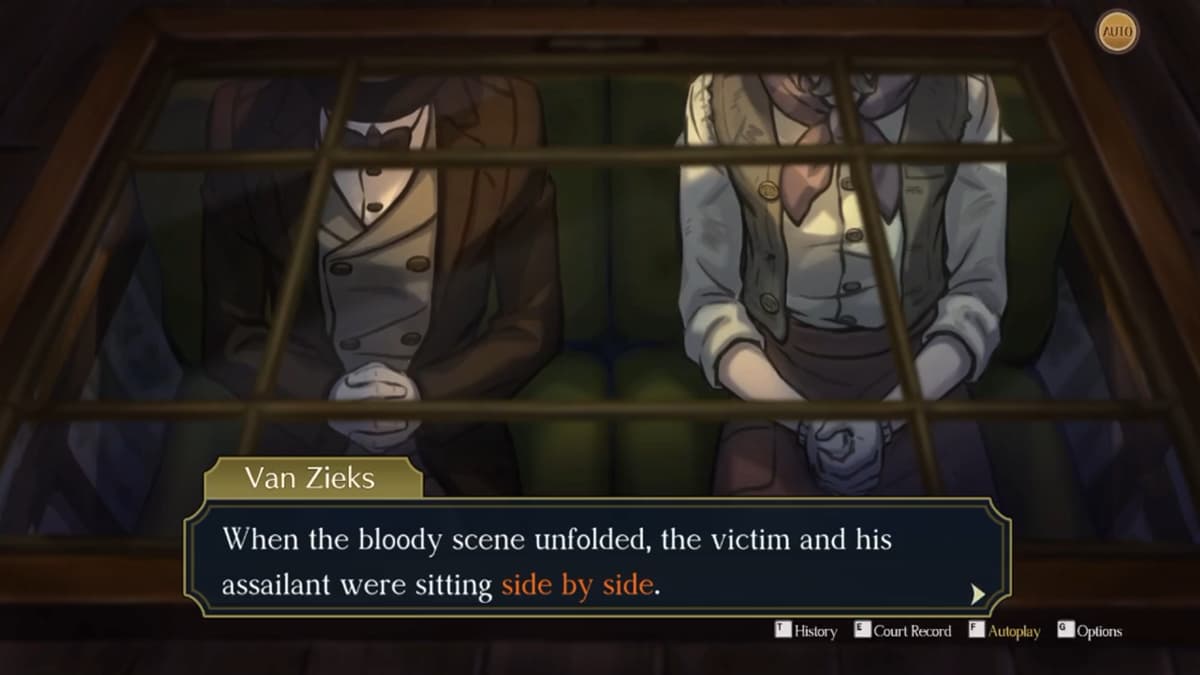 When Ryunosuke finds out that two of the three witnesses from The Adventure of the Runaway Room episode are lying in their testimonies, everything you thought you knew about this murder case is thrown into disarray. Magnus McGilded is accused of murder at this point in the story, but the driver and one of the passengers on the same omnibus as the murder have been proven not to see what happened, so they couldn’t possibly know if it was McGilded or not. Here is how to get past the “What the Witnesses Really Saw” cross-examination from Trial, Part 2 in The Adventure of the Runaway Room from The Great Ace Attorney Chronicles.

Right off the bat, Press Fairplay when he says, “Anyway, the fact remains! There can’t have been anyone else inside that carriage, or we all would have seen!”

Upon this, the passengers are asked why they would sit on the roof of the carriage and not the inside where it would be warmer. After finding out they had no access to the interior, Ryunosuke will question whether they could have seen everything that happened on the inside of the cabin. Choose “They might not have been able to.”

When the prosecution and judge tell you to show where they could not have seen, Present the bottom right chairs. If they were sitting on the roof, they would have had to be out of their seat to see the bench directly below them, signaling that they would not have seen an additional passenger if there were one.

Now you need to back up your theory with a name. Who would have been sitting in the seat that no one saw? Choose “I have an inkling” and Present Magnus McGilded.

After some discussion, it is clear that McGilded has withheld information of another passenger in the cabin. When prompted, choose “Demand his testimony.” McGilded will come out one more time, and the chapter will end.