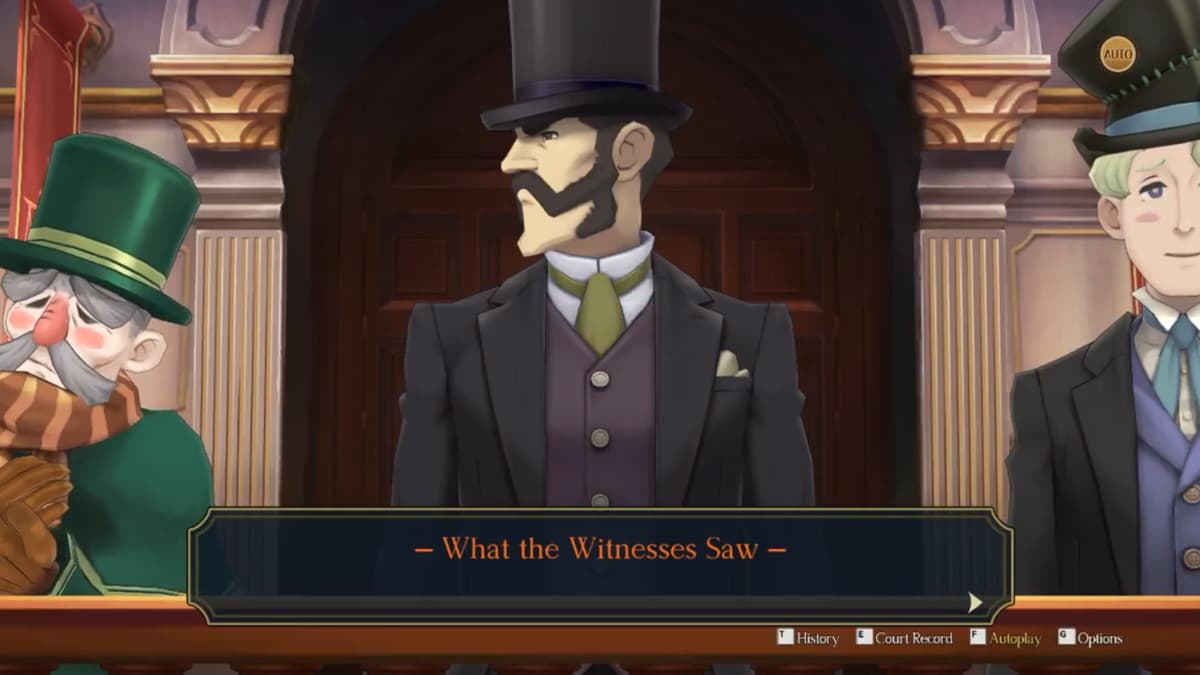 In Episode 3, The Adventure of the Runaway Room in The Great Ace Attorney Chronicles, Ryunosuke arrives in London and must immediately defend a man he never met accused of murder. During the trial, you are introduced to how different Great Britain’s law system is compared to Japan’s, in which they have a jury of six to convince the accused is either innocent or guilty. When you have your first cross-examination, though, things do not go in your favor. Here is how to get past the first cross-examination in the trial, “What the Witnesses Saw.”

In your first cross-examination in Great Berlin, you are questioning statements made by three men named Beppo, Fairplay, and Furst. However, none of the stuff they say immediately will come across as a lie with the small amount of evidence you have. Instead, Press one of their statements.

After you Press, two of the jury will automatically throw their fireballs into the guilty section. After this, Press a separate statement. Two more will say guilty.

You can’t possibly win with such minimal information in the trial, so Press another statement, and the last two will deem Magnus McGilded as guilty. Don’t worry, though; this is necessary to run you through how to use the Summation Examination when all jurors believe that the accused is guilty. You had no chance to turn this around without them all thinking this.