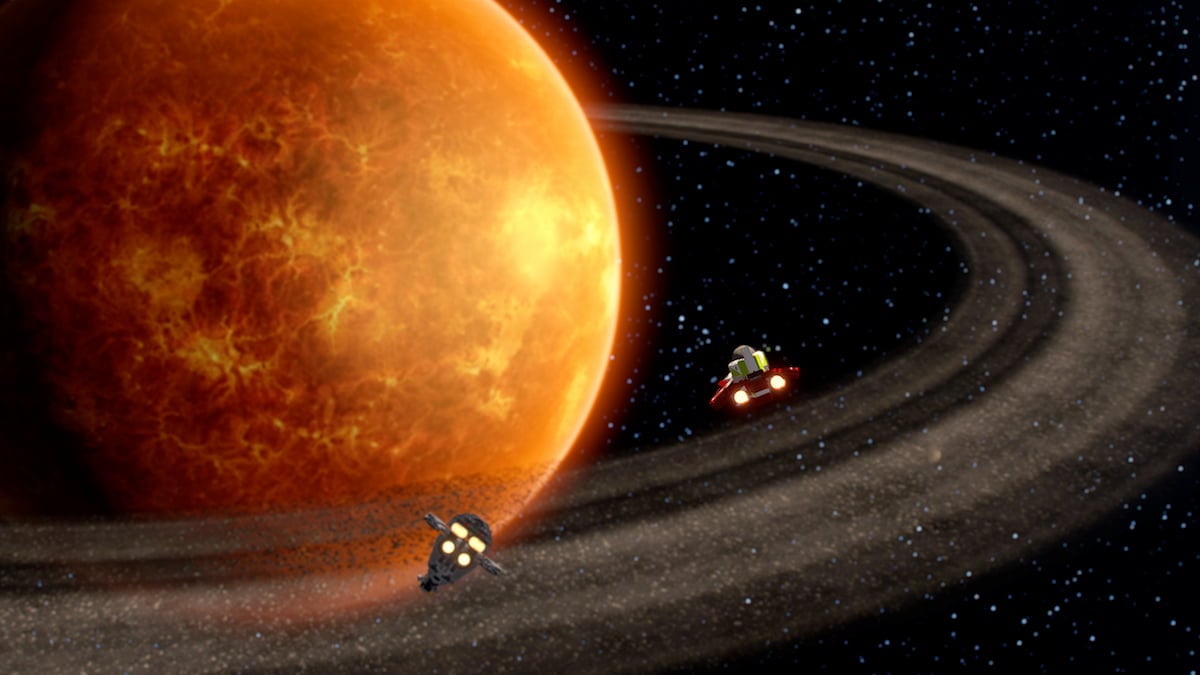 You can work on this challenge after C-3PO and R2-D2 have turned the power back onto the conveyor belt for Anakin and Padme. After this, a second area will open up, allowing these two to drop down, appearing in a second conveyor belt. You can only see and move horizontally in the game during this section rather than vertically. You want to proceed to the left side of the conveyor belt but stop right before the final press. Wait for it to drop down, and then jump onto it.

After jumping onto it, wait until it retracts up, and there will be a set of grappling points you can reach. You can grab these areas by jumping with any of your characters or using Padme’s grappling hook. Once you have a character hanging from there, climb up, and then take the zipline down. Roughly about halfway through the descent, you’ll have completed the challenge.