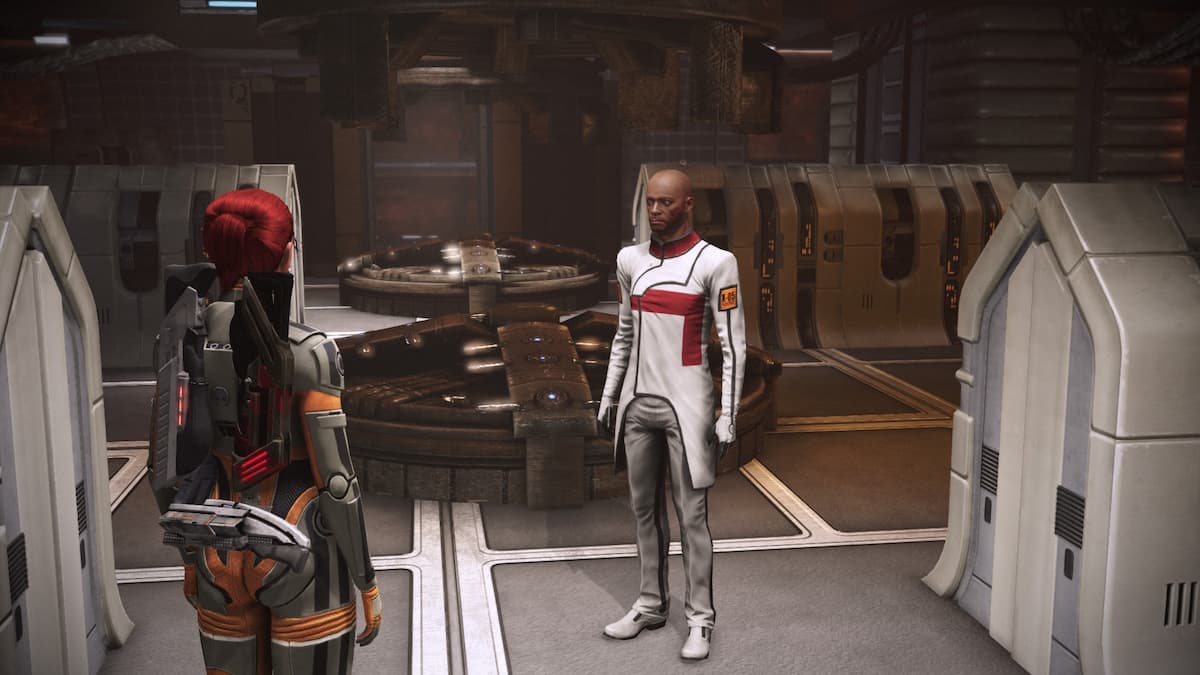 A hostage situation is brewing in Mass Effect Legendary Edition, and Admiral Hackett needs Shepard’s help to deescalate the situation. There’s a base in the Hades Gamma cluster in the Cacus system that has been overrun by biotics, and they’re using the scientists at the facility as meat shields to prevent anyone who assaults them from hitting them and instead hit the civilians. You’ll have to attack the base and save the six scientists.

How to get the UNC: Besieged Base quest

The only way to obtain this quest is to fill up 80% of your Paragon bar. Alternatively, if you’re going up the Renegade line, and you have at least 80% of that filled, the mission becomes available when reaching 90% of the Paragon, so being mostly Paragon is better for this mission than being Renegade. When you’re at this point, and you’re traveling from different systems on the Normandy, Admiral Hackett will reach out to you and assign the mission.

When you reach the Cacus system, the planet you’re looking for is Chohe. The base will be closer to the southern portion of Chohe.

How to protect the scientists

When you arrive at the base, you’ll receive a notification about the scientists captured by these biotics have been drugged, meaning they will be standing right in the middle of a firefight, and they will not move. You want to make sure you don’t randomly fire off your abilities during the fight, and you’ll want to make sure your squadmates are not doing the same. You can turn this feature off by going to the options menu, and underneath gameplay, you can choose to modify the Squad Power Usage. We recommend switching this to defensive or none.

If you want to save as many scientists as possible, make sure to save your game when you enter the facility in case an accident happens during the battles.

When you enter the room, our best advice is to go to the right side and stay in this area. There are no scientists here, and if you remain behind these crates for cover, the biotics will come to you during the firefight. You’ll force them to face you in close quarters, which can be troublesome given their powers. But it’s the best way to ensure no civilian loses their life during the fight.

After defeating all of the biotics, you’ll receive a notification sharing your progress of how well you protected the drugged scientists. The best outcome is to have all of the civilians remain safe at the end of the fight.