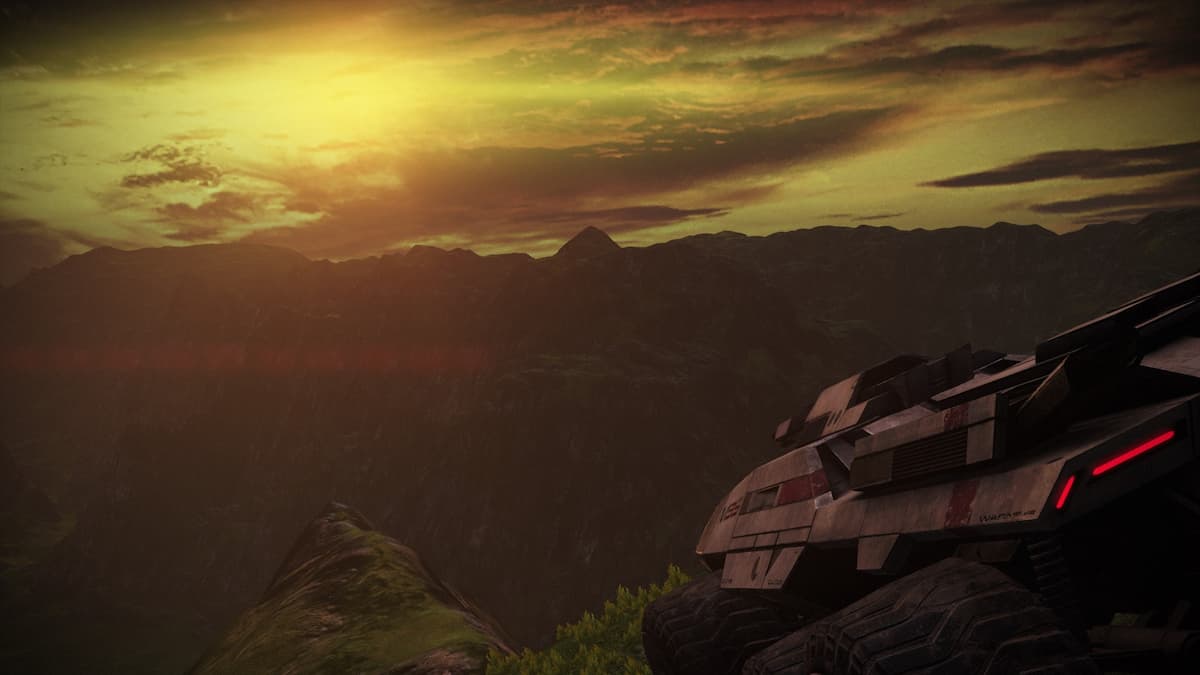 When you find yourself in the Armstrong Nebula in Mass Effect Legendary Edition, Admirial Hackett will reach out to you regarding the recent assault of the Geth. They’ve been hitting the outer layer of the galaxy quite a bit, and created four outposts. He wants you to find their locations scattered throughout the region and find them in each system.

How to complete UNC: Geth Incursions

To receive the UNC: Geth Incursions quest, make sure to fly into the Armstrong Nebula. If you don’t, you will not receive it in your journal.

The first outside can be found in the Gagarin system. Fly over to it, and the planet you want to land on will be Rayingri. When you arrive there, the Geth Outpost is close to the center of the map, at the top of a mountain. Unfortunately, navigating this mountain with the Mako can be extremely difficult, and climbing to the top might take you some time. We recommend playing with the Mako’s terrain negotiation talent and trying to find small footholds it can grab with its wheels to reach the top.

When you arrive at the base, you’ll need to clear out all of the Husks inside it and then return to the center of the base and remove the Geth. After doing this, head back outside, where a Geth Troop Transport sends multiple Geth to attack you. Once you’ve repelled the assault, you’ll have cleared the base, freeing you to proceed to the next system.

The next system you can go to is the Tereshkova, directly north of the Gagarin system. From there, you want to land on Antibaar. The base you’re looking for will be alongside several mountains, hidden away. Although, it’s going to be vastly different than the previous base from Rayingri.

This location is a small Geth Outpost with several Geth troopers, rocket troopers, snipers, and a Geth Colossus. You’re better off remaining in the Mako to eliminate them quickly rather than being out on foot. We recommend focusing on the Colossus before moving on the smaller enemies in the towers surrounding the outpost. Once they’re all clear, a Geth Trooper Transport will appear overhead, spawning an additional force you have to battle against. There will be two Geth Primes that spawn at this location, which are the biggest threat but are quickly dispatched while using the Mako. You can move on to the next outpost once those are handled.

The third outpost will be in the Hong system. The planet you want to land on will be Casbin. The Geth Outpost you need to hit next will be closer to the middle of the map, on the planet’s eastern side. You’ll have to go over a small mountain to reach it, but it’s much better than the one from Rayingri.

The Geth Outpost will be similar in structure to the second Outpost that you cleared on Antibaar. It will be an open area with multiple Geth littered throughout the small towers. You can shoot at them while on foot or from the comfort of your Mako. There is no Geth Colossus to battle against. After you’ve defeated all of these troops, a Geth Troop Transport will appear to drop down reinforcements.

The final Geth Outpost is in the Vamshi system on Maji. Like the first Geth Outpost you found on Rayingri, this outpost is on the top of a large mountain, closer to the northern portion of the planet. Luckily, there’s a clear path you can follow that makes traversing this landscape much easier. Unfortunately, there are several Geth Turrets along the way, so you’ll have to take these out while you make your way up.

When you reach the top, there will be another outpost that’s like the ones you found on Antibaar and Casbin. There are several Geth rocket troopers and snipers in the towers. Once those are gone, a Geth Colossus will be dropped on your location, but that will be the only enemy.

With all of the bases eliminated, both of your squadmates comment on how one of them should have been the main Geth Base. Unfortunately, none of them were, but a recent transmission made from the Grissom System in the Armstrong Nebula hint that the base is not too far, and they provide you with the exact coordinates to eliminate it for good.

When you learn the location of the Geth Base, the Grissom system opens up, which is closer to the Gagarin system. Click on it, and the planet you want to land on will be Solcrum. The base will close to the center of the planet, and it will be heavily guarded by a handful of Geth rocket troopers and Colossus. They won’t be too difficult to handle.

The main Geth Base will like the Geth Outpost you found on Rayingri, but its layout is different. There will be multiple Geth Destroyers, Stalkers, and a Juggernaut on the second floor. Take them out, and a notification will appear. Before leaving the base, make sure to go to the backroom on the first floor to find a Geth terminal, and hack it, which requires easy decryption. You can take this back to the Normandy, but things are not over yet.

The final thing to do before you turn in the mission to Hackett at your command station, find Tali in the engineering section of the Normandy. She’ll comment about the data and wishes to bring it to the Quarian Fleet to assist them against the Geth. If you agree, you’ll gain Tali’s trust, and it fulfills her loyalty mission for Mass Effect 1. After you do this, you can return to the Normandy’s command station and speak with Admiral Hackett about eliminating the bases.