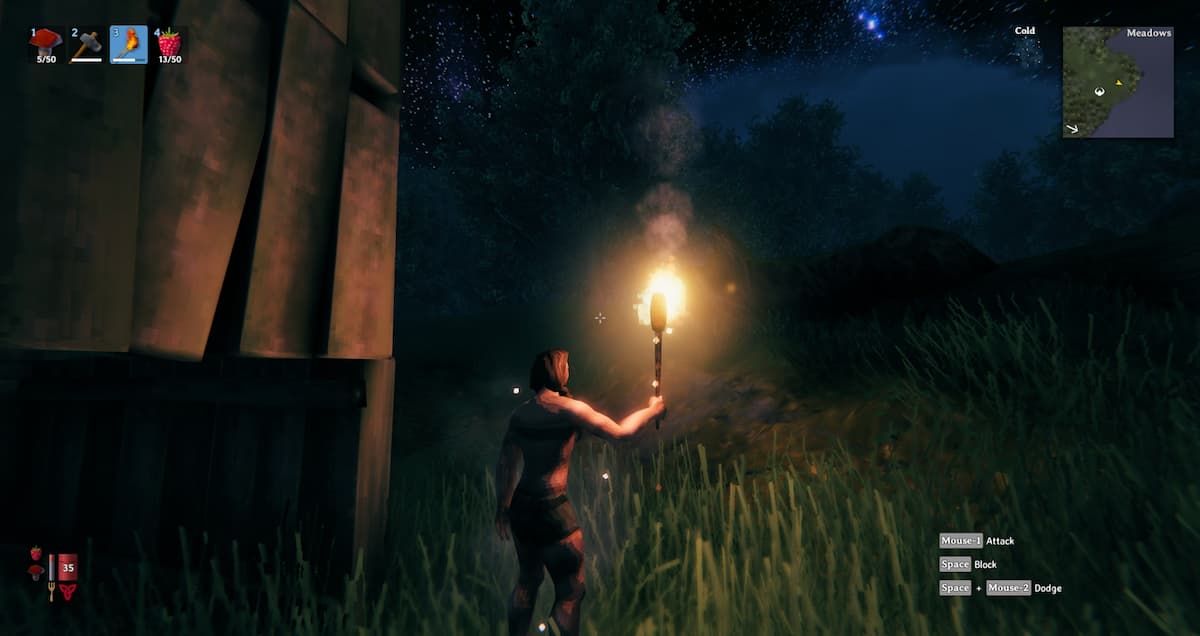 Valheim is a difficult game. You’ll need to stay fed, avoid danger, and take shelter from the elements to survive. Taking shelter is one of the hardest things to do early on as you lack the supplies needed to craft structures. Thankfully, a torch can give you temporary relief from the elements. This guide will walk you through how to craft a torch in Valheim.

The first step is to equip yourself with a weapon. For this, you’ll need to find some branches. Branches are spread all over Valheim and are vital for crafting. Look for small broken limbs on the ground and pick them up with E. Collect as many branches as you can to craft a weapon. You can craft a club with just a few pieces of wood, or you can combine five wood with five stones to create an ax.

Where to find Resin

Once you’ve crafted your weapon of choice, stay on the lookout for Greylings. These are little brown creatures that drop Resin. They aren’t much of a threat, but be sure to eat up to regen some health before taking one on, as you spawn into the game at only 25 HP.

After you’ve collected at least one Resin and one wood, you’ll unlock the crafting recipe for torches. Simply open the menu with Tab and select Torch on the Crafting menu, then select Craft. Torches give you protection against the cold but are also formidable weapons. Torches have 4 Blunt and 15 Fire damage. The fire effect is particularly useful against boars. Boars will be your biggest threat in the early-game, but they will run from the flame of a torch if they get too close.