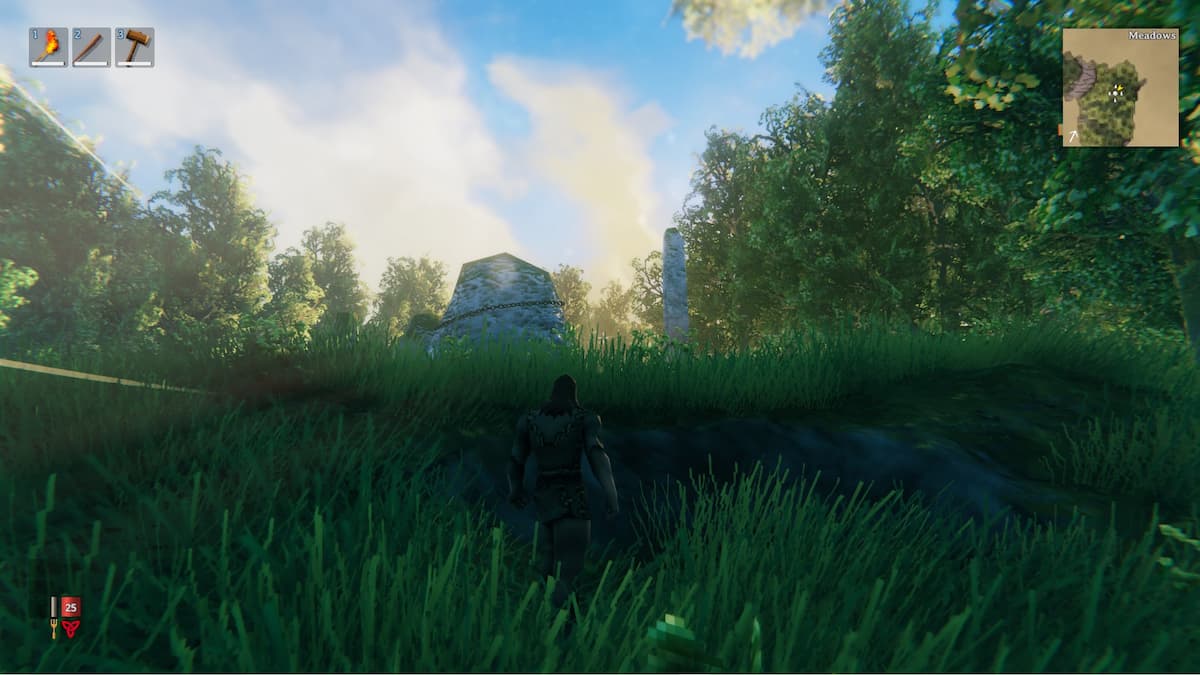 You will spend quite a bit of time gathering and looking for resources in Valheim. Without them, you’ll be unable to craft various items to make your time easier, and you won’t be able to defeat the forces Odin needs you to conquer. Alongside those useful resources, you’re going to need tools and places to craft items you want to make. You can do this with a workbench, and before you can grab a workbench, you’re going to need a hammer.

How to craft a hammer

Crafting a hammer is one of the first things you’ll be able to do in Valheim. You can do this shortly after you learn how to gather wood from one of the trees. Approach any of the trees in Valheim, and look for one that says ‘beech’ while you highlight your cursor over it. From there, you can use your basic attack on it to start chopping it down, and eventually, you’ll break it and gather the wood it drops. You automatically pick up these resources when they fall. The same goes for stone, which is another resource you need to craft a hammer.

These are all of the resources you need to create a hammer.

Once you have those amounts in your inventory, click the ‘tab’ button, and bring up the crafting menu. You’ll have the option to create a hammer, and you place it in your toolbar.

How to craft a workbench

Now that you have access to a hammer, you’ll be able to create a workbench with it. Much like the hammer, you’re going to need a few resources to make it. However, instead of the crafting menu, you can only create a workbench while you have a hammer in your character’s hand. When it is in their hand, click the right mouse button to bring up the building menu. These are items you can only create while you are using a hammer.

These are all of the resources you need to create a workbench.

After you’ve gathered those resources, much like you did when creating the hammer, you can create the workbench. You’ll want to do it on a flat surface as you cannot craft it on uneven terrain. You’ll also want to find an area where you can freely work. It might take you some time to find the correct area, but you can wander around with the item ready to craft in front of you, so you’re stuck in a single spot trying to craft it.

With the workbench constructed, you can make multiple items and survive even longer in Valheim.