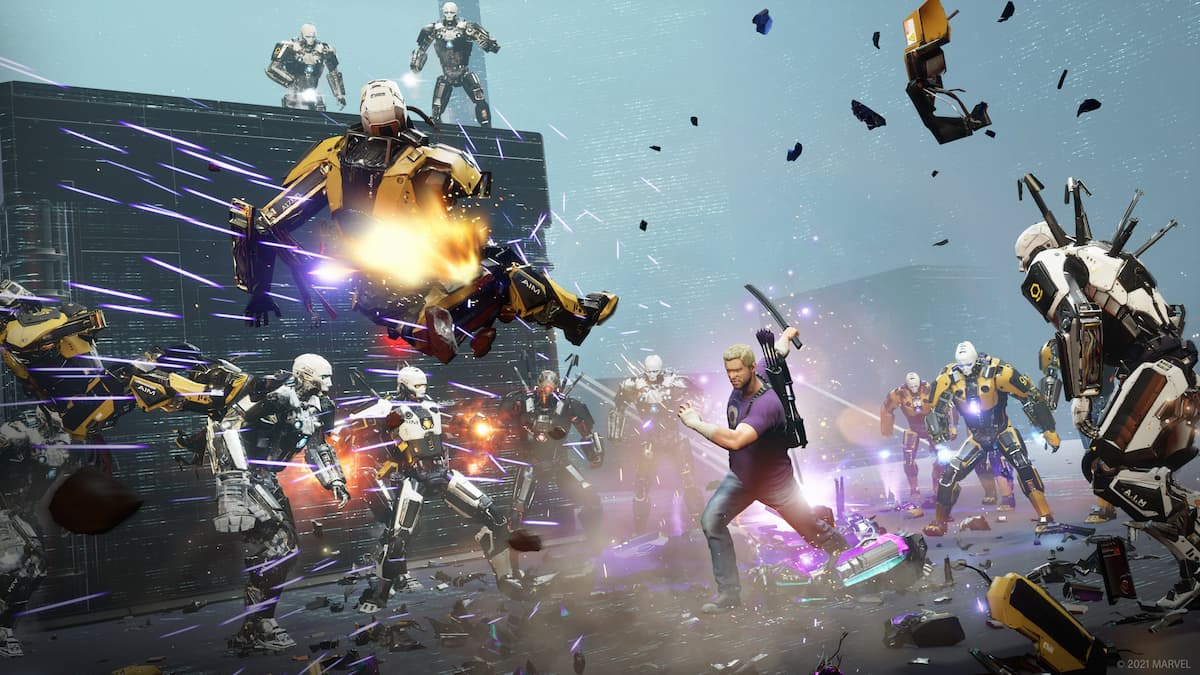 Players of Marvel’s Avengers have been taking advantage of HARM Rooms, which are simulation training rooms, to hone their skills with their preferred heroes and grinding up their levels. These HARM challenges are also a practical way to fight against certain enemy types. But one feature that fans were requesting was the ability to craft their own HARM challenges, and the new Hawkeye update allows players to do just that in the Helicarrier.

Select HARM Room (Custom) on the War Table — this will be below the other HARM Room challenges. The premise here is that Agent James Woo is requesting help to “recalibrate” the HARM Room’s algorithms. Strangely enough, going up to Woo’s NPC model near the actual HARM Room on the Helicarrier itself won’t prompt anything. Instead, use the War Table and you’ll be thrown into the simulation. Unfortunately, these custom HARM Rooms are for single-player use only.

Next, approach the terminal in the HARM Room. You will be able to set parameters for enemies that will appear in the HARM Room of your own devious creation. Options will include Difficulty (power level), Group (determining which types of enemies will spawn), and Size (the number of enemies). You will also be able to select different Hazards and Buffs, the latter for yourself and allies.

It does not appear that you can customize individual waves that you fight, but custom HARM Rooms appear to be a great way to practice against enemy types you may be having difficulty with.

These will appear on the field as tiles or vents on the ground.