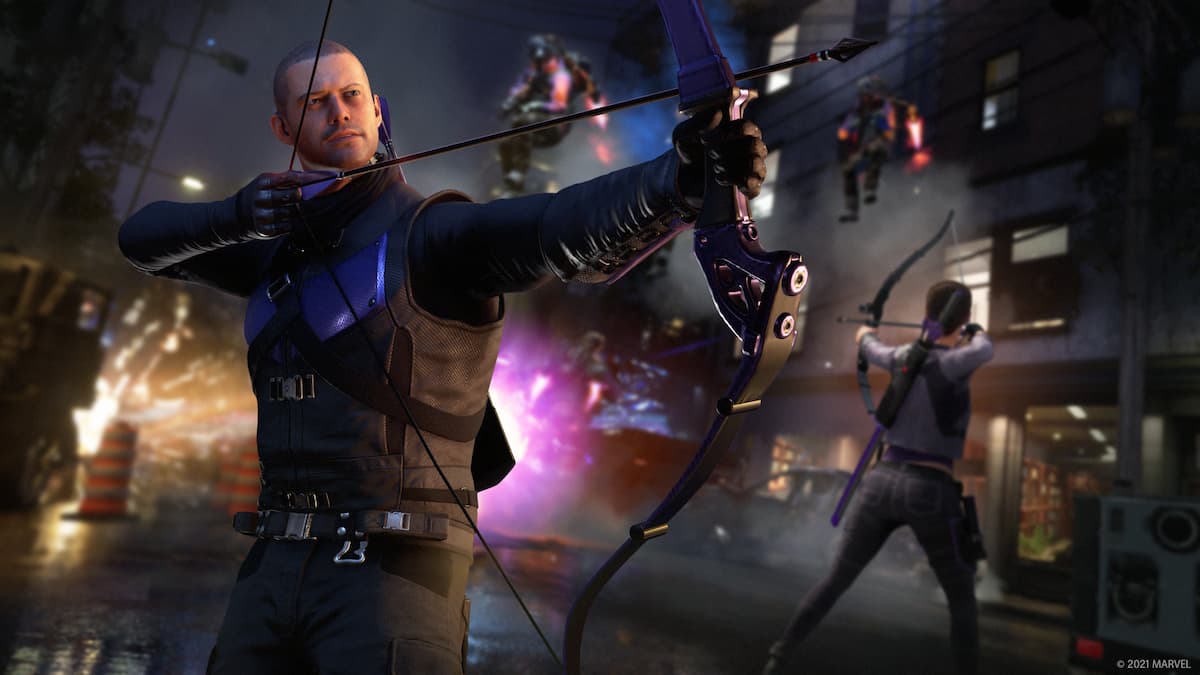 Ever since Square Enix and developer Crystal Dynamics first unveiled Marvel’s Avengers, Marvel fans have been wondering when the world’s greatest marksman would become a playable character on the superhero roster. Six months later, and original Hawkeye Clint Barton will finally become playable in the multiplayer game, coming with a mission line called Future Imperfect.

Barton will arrive on Thursday, March 18, alongside the next-gen versions of Marvel’s Avengers. He will be the second new character added to the game post-launch, the first being her protégé Kate Bishop. While both characters are equipped with a bow and arrow, along with a sword, Barton’s moveset will be more focused on the former, while Bishop’s abilities center around teleportation abilities she gained from AIM technology. As with Kate Bishop and all future characters, Hawkeye will be free to play as.

Operation Hawkeye – Future Imperfect will center around Barton’s quest to find Nick Fury, the director of S.H.I.E.L.D. This bizarre journey takes Hawkeye through time, courtesy of some experiments from AIM’s Monica Rappaccini, as seen in Bishop’s Taking AIM mission line. Future Imperfect will show Barton in a post-apocalyptic Earth, where he’ll encounter a hyper-intelligent and sinister version of the Hulk named Maestro.

The March 18 update to Marvel’s Avengers will also come with a controversial change to progression. Leveling up your heroes from 1 to 50 will take more XP after this update, as Crystal Dynamics deemed progression to be too quick and “overwhelming,” apparently disallowing players to make sense of all of the character upgrades and additional skill points they get in a short amount of time. Players counter by saying that this move will make Marvel’s Avengers a more grindy experience, and many have taken the game up again to level their characters up to 50 before this change is enacted.