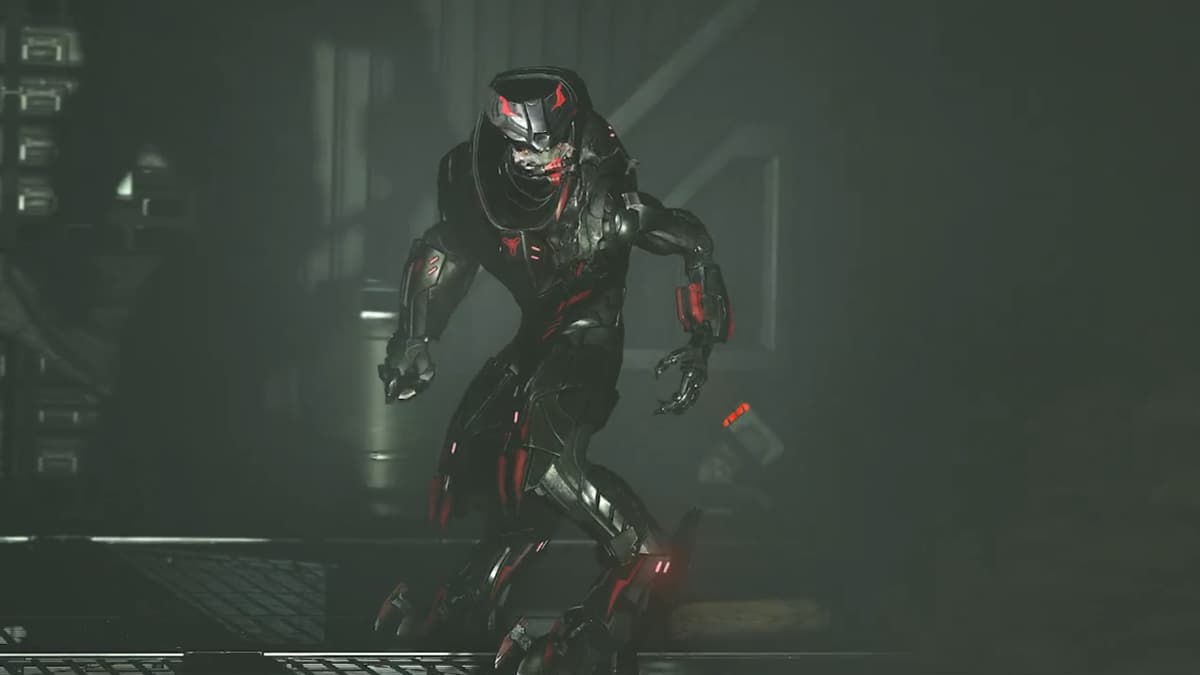 As you increasingly get near the end of Halo Infinite’s campaign, you will be going up against the Banished’s toughest enemies and their leaders. One of these bosses goes by the name Jega’ Rdomnai and is an Elite Blademaster adorned in red armor. He can be pretty tough on any difficulty if you are going at the fight the wrong way. Here are some tips to take him down.

Before taking on Jega’ Rdomnai, we recommend having a Pulse Carbine and maybe a Bulldog shotgun or BR75. He has shields that will very slowly regenerate, so use the Pulse Carbine to take them down, then the ballistic weapon to do the main damage. There are refill stations and other weapons spread throughout the small ship you will be fighting in.

The main thing to keep in mind with this fight is always to keep as much distance away from the Blademaster as possible. Jega’ Rdomnai will constantly cloak himself and take indirect paths for you, unlike other Blademasters in the game. If you are having issues seeing him as he is cloaked, you can equip the Threat Sensor and shoot it at the ground. Otherwise, we recommend using the Thrust or Grappleshot for quick traversal away from him when he gets close.

Scattered around the upstairs and downstairs of the ship are some electric coils. If you can pick them up or explode them next to him, he will be stunned and reveal where he is. Take this opportunity to lay as much damage as possible into him. When throwing these, be sure that he is far enough that the explosion will not kill you in the process.

Continue putting damage into him when you locate him and always keep a distance away, and you will eventually take this tanky boss down.