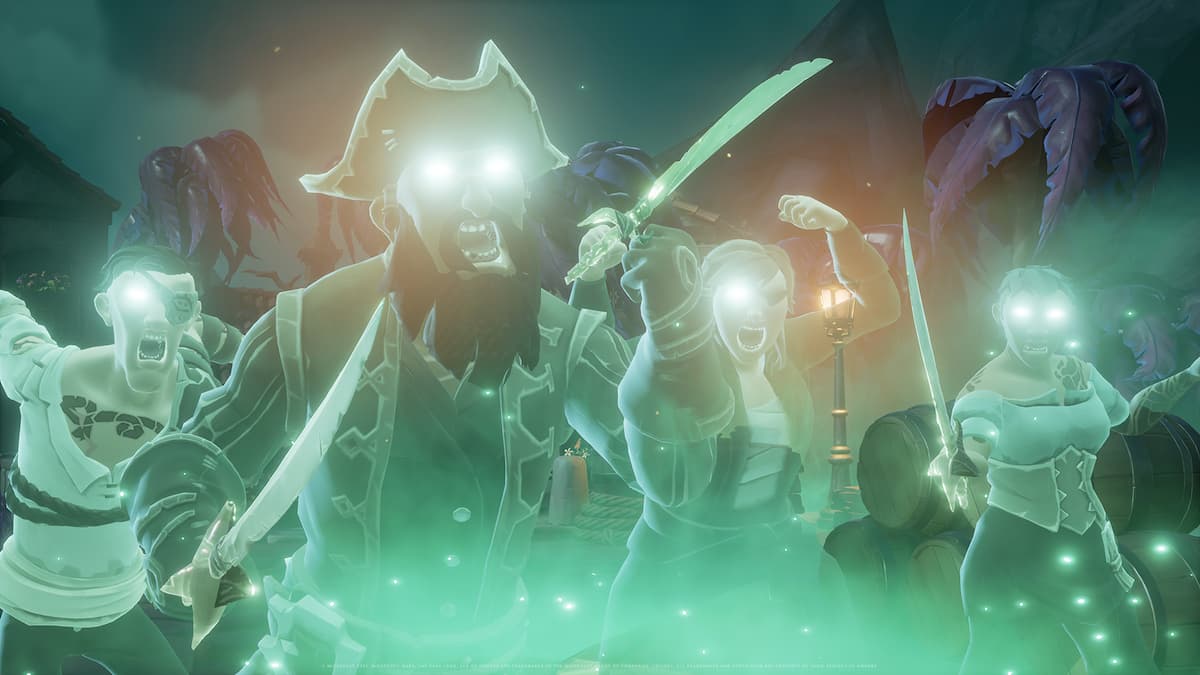 Sea of Thieves veterans are used to fighting ghosts through ghost ship battles, but Season 3 and A Pirate’s Life introduces ghosts to battle on land. Phantoms will appear in both the A Pirate’s Life story content and the larger Sea of Thieves map. While one would assume that fighting these ghastly figures would utilize the same strategies as battling skeletons, these Phantoms are a lot smarter and faster.

Phantoms may appear randomly on any island you go to in Sea of Thieves — their appearance will be signaled with spooky whooshing and whispering sound effects. You will then spot transparent green pirates, sometimes in groups and sometimes solo by themselves. When they spot you, they will waste no time engaging with you in combat. Unlike skeletons, these Phantoms can switch between using firearms and their sword, switching up their strategy based on their distance from you.

Related: How to defeat Ocean Crawlers in Sea of Thieves

For the most part, they will try to shoot you from a distance or hit you with their sword up close, the same as any human enemy player would. However, they have a trick up their sleeves — with the ability to teleport, they can move swiftly around the area, dodging attacks, disorienting you, and preparing their next moves against you. They can attack straight out of their teleportation — watch for Phantoms pulling their sword back, as you would for a charge move, as they will unleash a powerful teleportation sword lunge attack.

The key here is to never relent from using sword attacks against them, and as you attack them, they will stagger and be left vulnerable. It’s hard to tell whether your attacks are registering, as their incorporeal forms make it hard to tell how effective your physical hits are. Regardless of the lack of feedback, keep hitting them with their sword and they will dramatically disappear in a puff of green smoke.