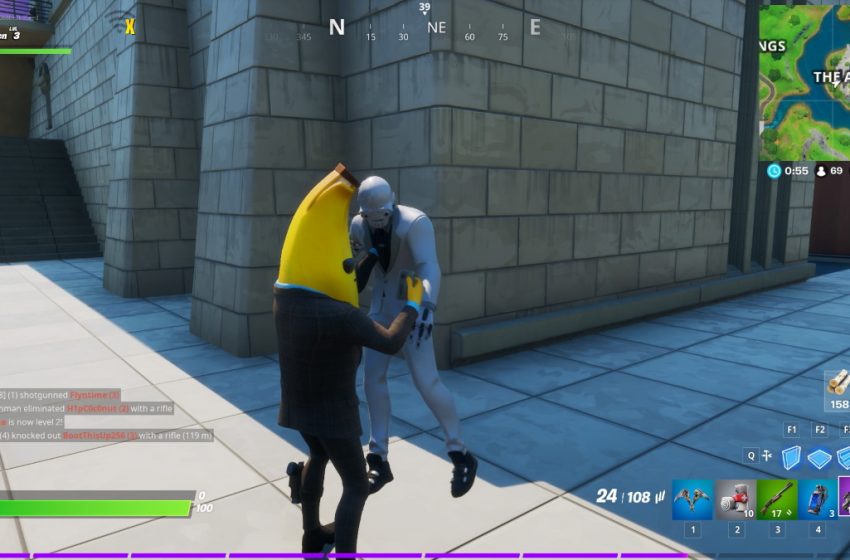 Fortnite Chapter 2 Season 2 focuses on the world of spies, and like any good spy, you need to know how to ask the right questions and not let the enemy sneak up on you. Rather than wondering about the location of an enemy’s squad, you can now figure it out by asking them directly. A shakedown reveals to you the location of an enemy’s teammates when they’re nearby, but you need to do a little work to make it happen.

To do a shakedown, you first need to knock down an opponent. You can do this in any fashion you like, from a few blasts to the chest with an assault rifle, to a perfectly timed sniper shot to their head. Once you knock them down, approach them, and choose to shakedown the character. You drag them up from the ground and quickly interrogate them, gaining intel about their ally’s locations.

You should see the enemy’s team show up with small, red triangles over their head. They might remain hidden behind a building or a few walls, but you have a much better idea of their location than you did before, giving you the upper hand. However, if their team is, they might let their friends know about what you’re doing, so you better keep your guard up.

You can perform a shakedown on enemy players in the game, and enemy NPC henchmen you find guarding a location. When you shakedown an NPC, they also reveal to you the location chest in the place they’re guarding.