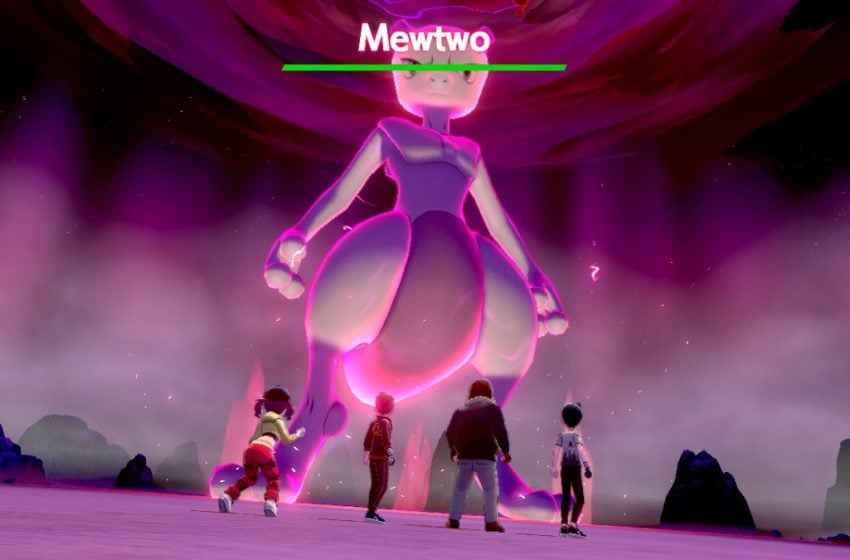 The latest Pokémon to make their appearance in Pokémon Sword and Shield is Mewtwo. You can find Mewtwo in the wild area as a max raid battle starting Feb. 27. Defeating them won’t be too easy, but if you have a decent enough team taking them on. Unfortunately, you will not be able to capture Mewtwo, only reap the rewards for beating it.

You will find Mewtwo in the wild area, in one of the glowing dens in the game. You will want to have a full party when you fight Mewtwo because it’s an extremely difficult fight. You want to choose your Pokémon cautiously. It’s a pure Psychic-type Pokémon, making it weak to Ghost, Dark, and Bug-type attacks, so keep these weaknesses in mind when making your choice and having your friends assist in taking it down.

Due to Mewtwo’s high speed, many trainers are relying on level 100 Pokémon with extremely high speed. It knows up to six moves: Bulk up, earthquake, brick break, rock slide, fire punch, a Max Mindstorm, a Max Hailstorm, nasty plot, and there’s likely even more available to it. If you do not have a level 100, you may not want to attempt this raid.

You have until March 2 to attempt to beat it, and then it’s going to leave the raids. Alternatively, if you are unable to go after and beat Mewtwo, there are Kanto starter raids to capture in Sword and Shield. These consist of the three starter Pokémon, Charmander, Squirtle, and Bulbasaur, and their second evolutions, but not the third evolution. You can capture these Pokémon.

Make sure to update your Nintendo Switch’s internet connection to ensure the raids update in the game. You have until March 2 to try and battle Mewtwo, and to capture Charmander, Squirtle, and Bulbasaur.