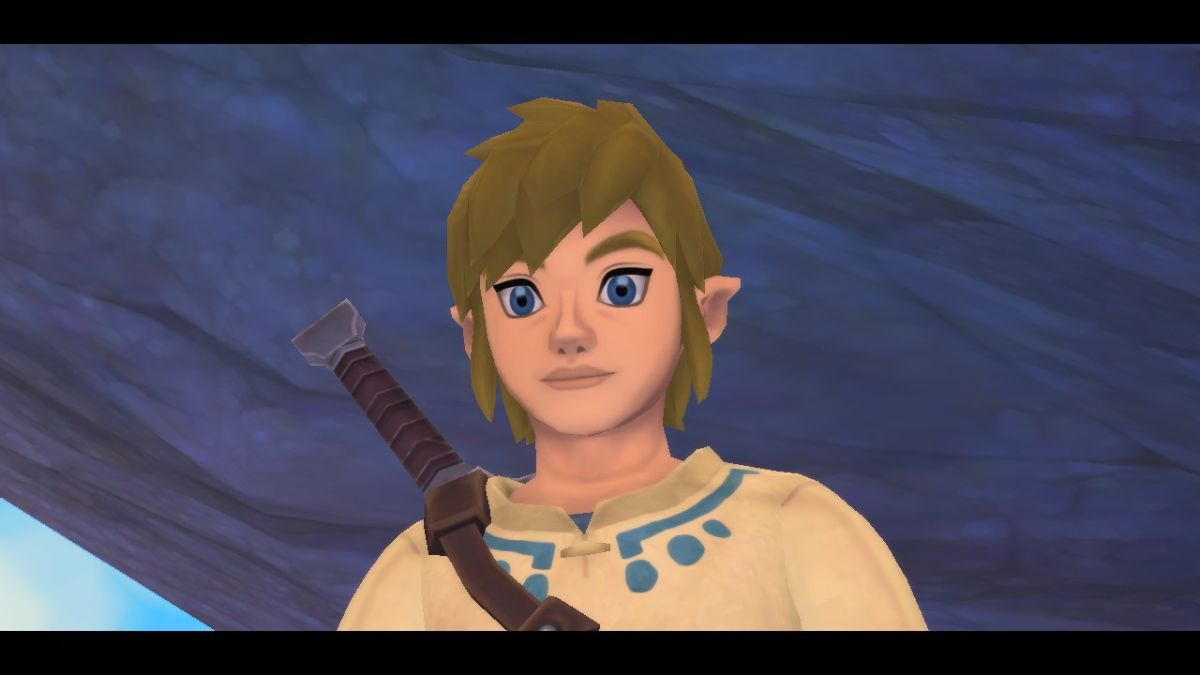 Help is on the way

Whenever you’re in a temple or a dungeon, there are bird statues scattered all over. Rather than the statues with the loftwings outside, inside the statues have a vase on top. The top of the structure has wings that illuminate in green. Interact with them. You are given four options when pressing A near them: Go outside, Save, Save and quit, and Cancel. You can quickly manually save your progress at one of these statues (there is an autosave too in the background), but what we want to focus on is going outside.

Hover the pointer to “Go outside” and press A to confirm. Select “Leave” and you’ll then be transported to the doors of the temple. Keep in mind that you’ll have to venture through the dungeon again, but your progress will be saved. You won’t have to solve that eye puzzle again, for example.

By the entrance of the temple, there should be another bird statue. This one has a loftwing on it. Select “To the sky” to go back to Skyloft. Find the bazaar and other stores around the sky to replenish your stock.

The quickest way will cost you

Nintendo has been a bit sneaky with the release of The Legend of Zelda: Skyward Sword HD. You see, the Japanese company has released a Zelda & Skywing that when scanned will give you the ability to go straight to the skies from any point in the game. For this quality of life update, it will cost you the price of the amiibo.