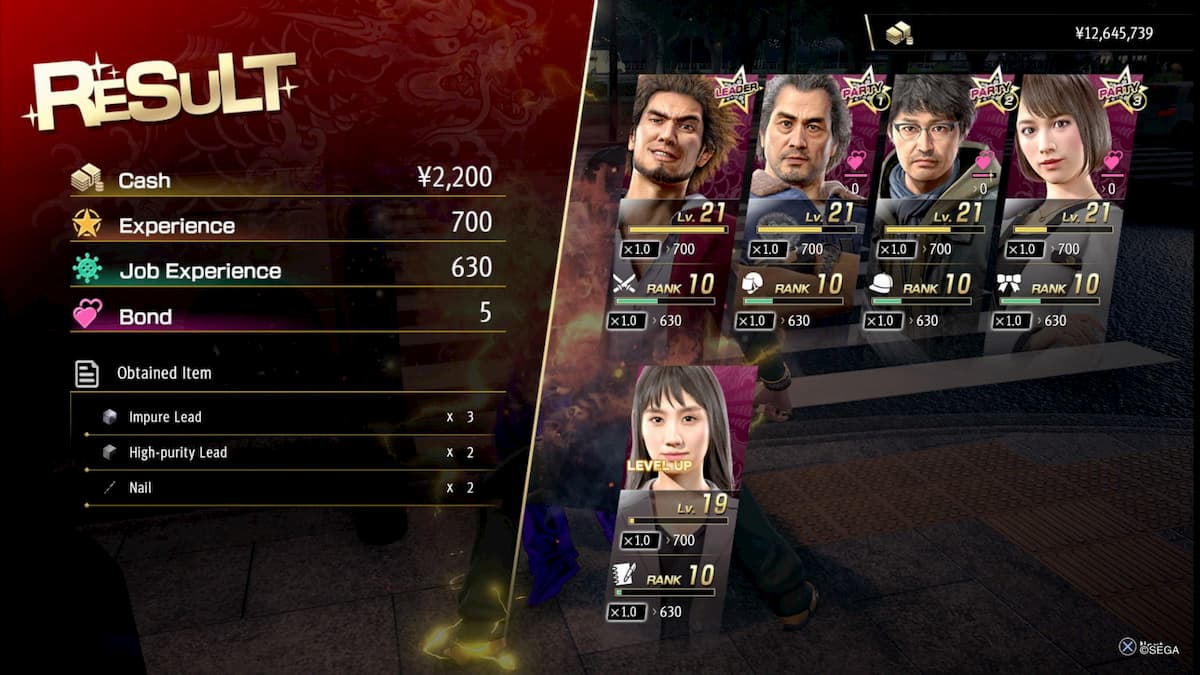 Normally, money is not a huge issue in a Yakuza game. The main character is usually pretty well off, and they only have to worry about themselves, along with a few items or some businesses you want to invest in to make even more money. In Yakuza: Like a Dragon, acquiring yen is a bit more difficult. Kasuga starts as someone who loses everything after being released from jail, and the other characters he meets are no better off. Because Like a Dragon is a JRPG, you’ll be spending a lot more money on equipment, upgrades, and items to ensure your party members become stronger. Here are the best ways to earn yen in Yakuza: Like a Dragon.

The Part-time Hero missions and challenges you can do in your free time are an excellent way to earn money. These missions consist of battling enemies, delivering prizes, vegetables, bugs, finding missing people, cats, or rescuing citizens in danger. These tasks are all over the city, and you can complete many of them by merely wandering around the game or progressing through the story. You may have to go out of your way for some of the ones that reward the biggest amount of yen, but they’re well worth your time.

During Chapter 5, the management tab opens, and you now have the chance to run various businesses. There’s some story involved to get to operating them on your own, and it’s all about spending someone else’s money and not yours, so the only true investment is your time. You’ll steadily rack up more businesses to manage, watching them grow, taking care of employees, and attending shareholder meetings. If you’re successful at the end of the shareholder meetings, you’ll gain a large sum of yen for your trouble. This will occur following each shareholder meeting, so it’s certainly worth exploring and taking your time to manage.

Sell items at the pawnshop

You’ll run across various items while running around, completing quests, and exploring the cities. There will be many items that serve you no value, or old equipment your party members don’t need anymore, can be sold at the pawnshop. The pawnshop is one of the first places you unlock when you receive side quests, and you can visit it anytime to clear out your inventory of stuff you don’t need and want to get a quick buck.

The first skill you learn from Nanba is how to go treasure hunting. You basically go near an interactive object, typically a vending machine, and try to see if anything is on the ground. It can vary from a few hundred yen to a random item you can sell at the pawnshop, to nothing. It varies, and it’s a relatively easy activity to do while you’re running around the city. It’s a good way to grind up yen when you first start playing the game, and it easily racks up the items you can sell to the pawnshop whenever you visit.

When you earn enough money, there are various gambling mini-games you can play that can potentially be a large payout. These mini-games include slots, Mahjong, and many more. You can see the ones available on your map, and where they are in the city. Some mini-games don’t always reward you yen, but they provide you item rewards that you can always sell to the pawnshop. Although, you don’t want to bet too much on these games. Your luck can turn sour, and when that happens, you may not have any yen left to your name.