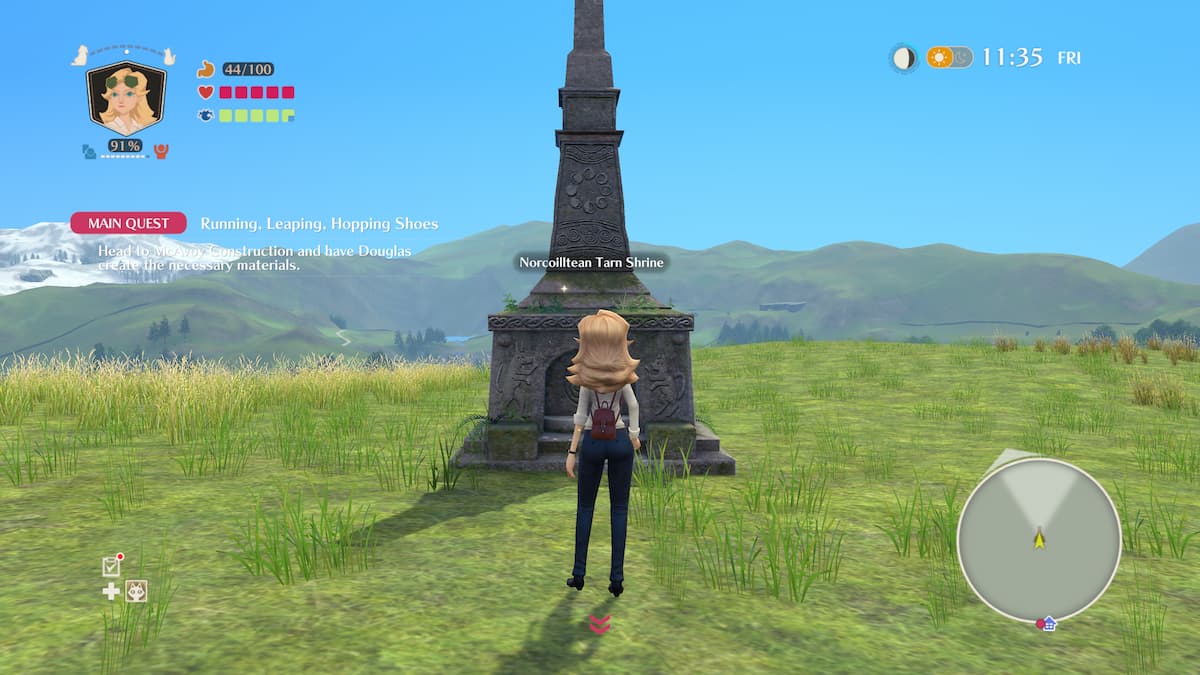 When first starting up The Good Life, players might find themselves overwhelmed by how far the map stretches. It encompasses far more than just the small town of Rainy Woods, after all. Luckily, ou won’t have to sprint everywhere.

Fast travel is introduced in the game’s fifth main story quest, titled “Investigate the shrine on the hill”. After scaling the church’s bell tower and destroying the artifact, you’ll be prompted to investigate a weird shrine sitting atop a hill near Naomi’s house the following day.

Completing the aforementioned quest unlocks the first fast travel point. To unlock more, you’ll need to interact with the greyed out bell icons scatter around the map. Interacting with a shrine for the first time requires a £1 donation.

Making this initial offering unlocks that shrine as a fast travel point. You can’t open up the map to teleport to shrines from any location unlike some other games. Fast travel can only be initiated at the shrines at themselves and each teleport costs £10.

Alternatively, there’s also always the option to warp to Naomi’s home from anywhere in the game world for free with the caveat that doing so speeds up the game clock and adds to Naomi’s stress.