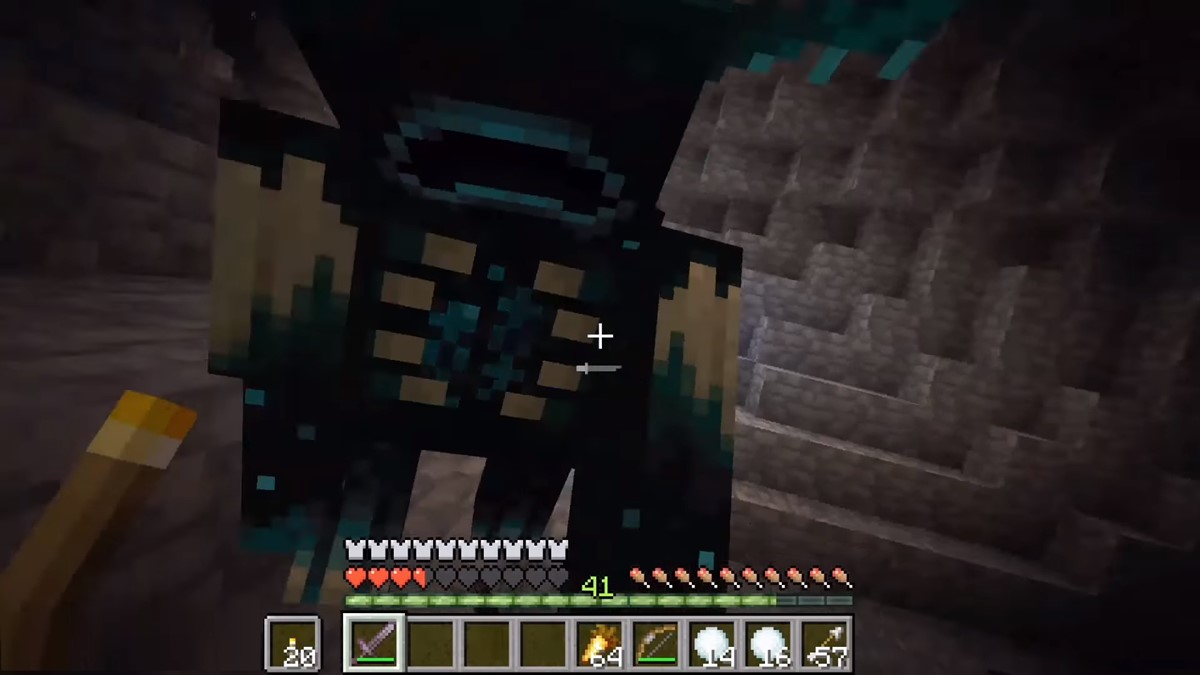 The Minecraft Caves & Cliffs update is adding several peaceful mobs into the game for the summer 2021 like Axolotls and Glow Squids — this is not one of them. The Warden is the strongest hostile mob outside of the boss-tier hostiles like the Ender Dragon or Wither.

The creature has around 100 hit points and deals 15 hearts worth of damage on a single attack. That said, there are ways to seek out this creature and take it down.

Wardens are only found at extremely low altitudes in the new Deep Dark biome. The one we were shown in the preview was pictured next to a new type of underground structure, suggesting the mob is tied to structure generation, just like the Piglin Brute, and will not respawn after it is defeated.

Just like seeing glow berries is a tell that you may be near Axolotls, if you find a grey chest-filled structure decorated with flickering candles and sculk blocks deep inside a cave, this insidious creature may very well be in your midst.

The warden has a heightened sense of hearing and no sense of sight or smell. This means that carrying around snowballs to throw as a distraction is a great strategy. As long as you aren’t making noise or moving much, the Warden will run to where the snowball landed.

It is a good idea to bring a bow enchanted with the infinity enchant, as to not deplete your resources. If you do wish to use a sword, an enchanted Netherite sword with sharpness V is your best bet. It is not currently clear if smite will affect the Warden or not.

In case you do die, it is a good idea to bring a bed and set up a spawn point in a safe location close by to where you are fighting, as a failsafe. It is not currently confirmed what a Warden will drop upon death.