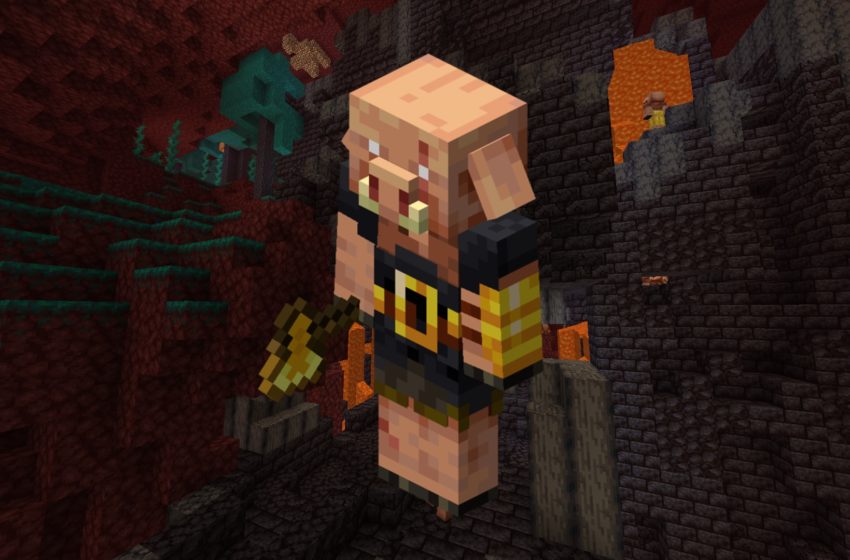 While the newest Minecraft update didn’t bring any drastic changes, 1.16.2 did introduce the newest hostile mob to the game: the Piglin Brute. These mobs don’t mess around. If you don’t have armor, a single swing from their golden ax on any mode but easy is going to wipe you out in two hits.

That said, Piglin Brutes are built of a bunch of strengths and weaknesses. Learn them, and use them to your advantage.

Unlike all other Piglin breeds which spawn all over the Nether, the Piglin Brutes will only spawn inside of Bastion Remnants: a randomly generated structure full of mobs, gold, and treasure. To top it off, while all of the Piglins and Zombiefied Piglins can respawn, Brutes only spawn upon world generation. Once you kill them all, that bastion remnant will remain Brute-free for the rest of your file.

Piglin Brutes will never spawn with armor, and cannot pick armor up.  The only equipment they have is the golden ax they spawn with. It may or may not be enchanted and has a 15.5 percent chance of dropping upon death.

Piglin Brutes are out for blood. They can open doors like normal Piglins but are not subdued by gold or by you wearing gold armor. If you open a chest, they will hear it, and even agro on the other side of a wall, and find their way to you.

Be warned, though, that other Brutes and Piglins, regardless of armor type in the area, will agro you once the first Brute does. They’re health, damage, and tactics are very similar to that of a villager Vindicator, only they have one more heart, giving Brutes 25 hearts of health total.

Note: They will also agro Withers and Wither Skeletons the same way they would the player.

If other Piglins are fighting a Hoglin, the brutes will join in, but will not celebrate their slaughter, nor seek out Hoglins on their own. Like Piglins, the Brutes can die in lava, and if brought into the Overworld or End, will turn into a non-hostile Zombiefied Piglin. This is no such mob as a Zombiefied Piglin Brute; however, the mob will still be carrying their golden ax post-transformation.

Overall, these mobs are dangerous, but they aren’t invincible. Plan accordingly, armor up, and try to block off pathways around you, so you don’t get attacked in a huge mob of… well, mobs. Good luck!