One of the first levels that require a little more skill than usual to completing in Sackboy: A Big Adventure is the Keys To Success level, where you have to contend with purple rams that charge at you and hurt more than other enemies up to this point, and web traps on the floor and walls that will gobble you up if you’re not paying attention.

It asks you to find five keys that will open the big door at the center of the level, while there are also three Dream Orbs scattered throughout the level behind mechanisms and traps. They are not all immediately obvious to spot, here is how you can find all of them.

This one is easy as it is just outside the door that contains the five locks for keys to be fitted. Head through the beginning of the level by picking up and throwing an enemy at the button that appears, and head down to the slope. Head forward, avoiding or hitting the purple rams and dodging the web traps, and you will see the first key on a pedestal in front of the door. 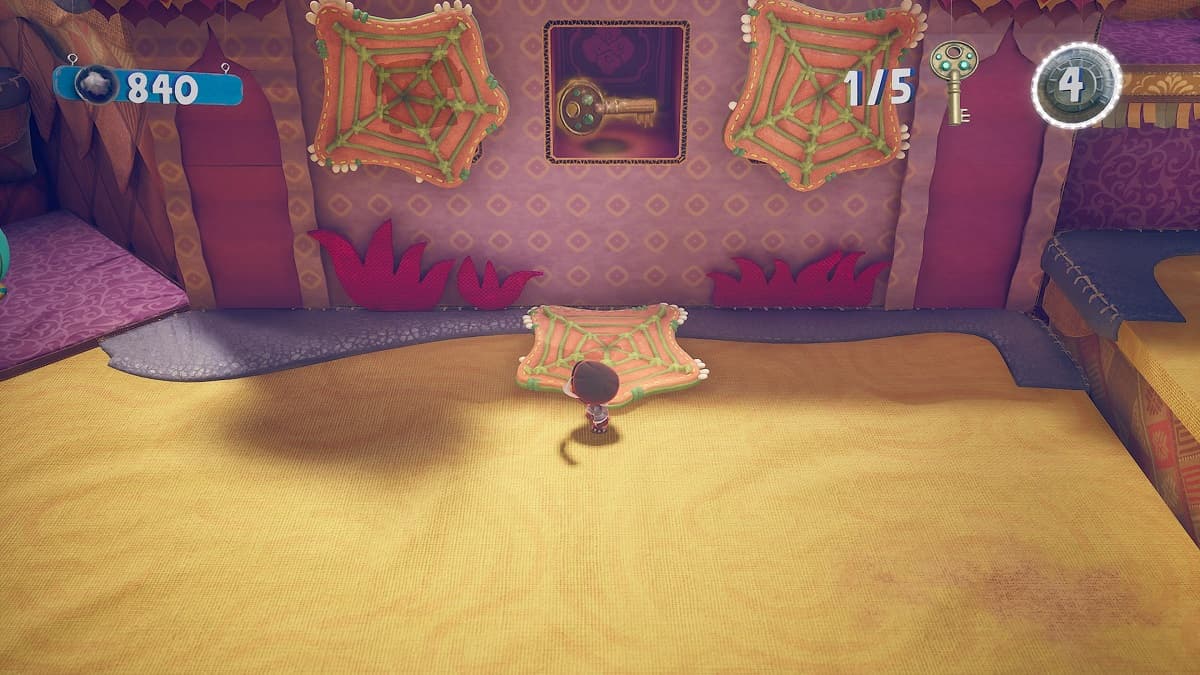 Make your way to the left of the first key into the large pen where another ram is waiting. In the far wall is a square gap that is blocked by a web trap. Either trigger the trap and dodge backwards, or jump once you run over it and if timed well, you can grab the ledge to the key before it hits you. The two traps on the wall also lead to gaps. The one of the left contains a purple ram, but the right one will reveal an outfit to unlock, so that one is worth bumping. 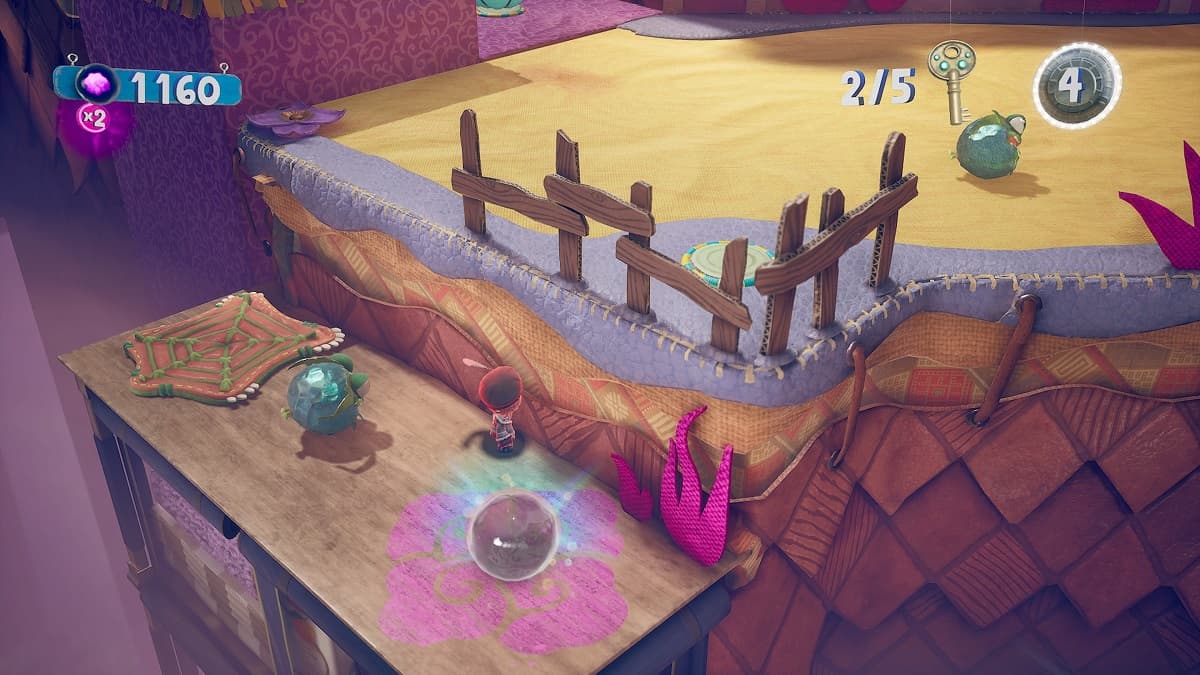 From the second key, head down and left, and you will see two purple alternating platforms going up and down. However, there’s a small platform with two web traps on the map edge. Dodge past these two and you will have access to the first orb. 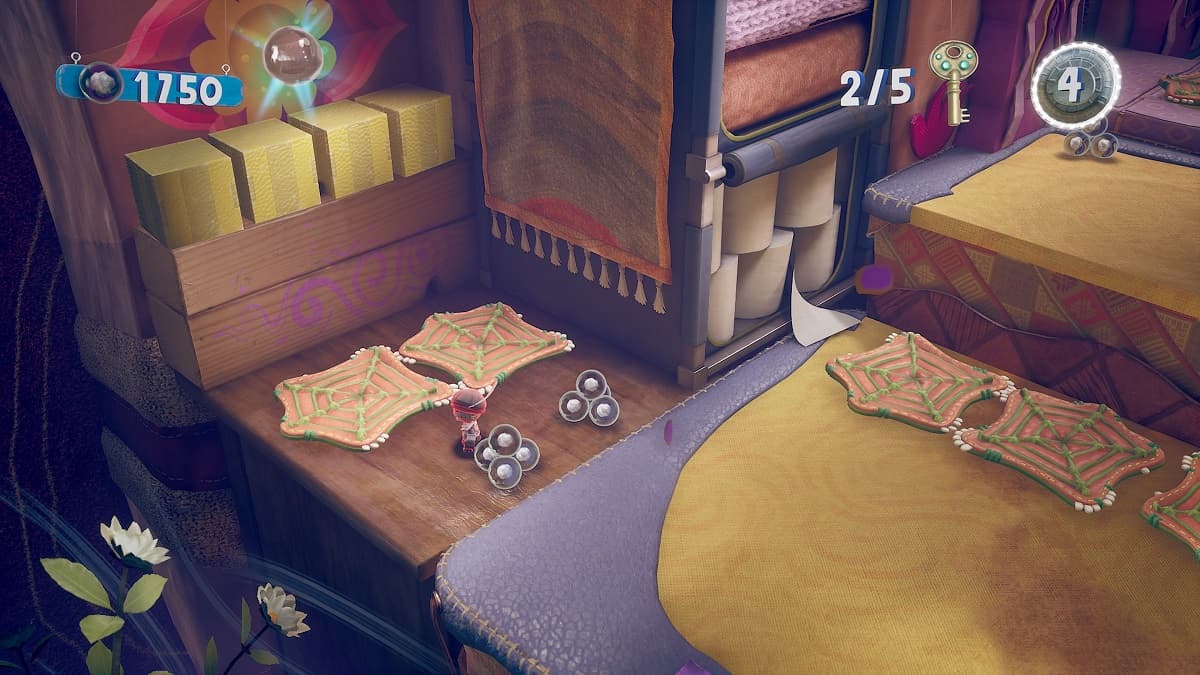 Head up the purple platforms and avoid the purple ram. In the top left corner are two web traps below a platform that has boxes blocking the path. First, trigger the traps by walking on it and dodging bardward. With them out the way, slap the boxes in mid-air and you should have access to the path and the dream orb. 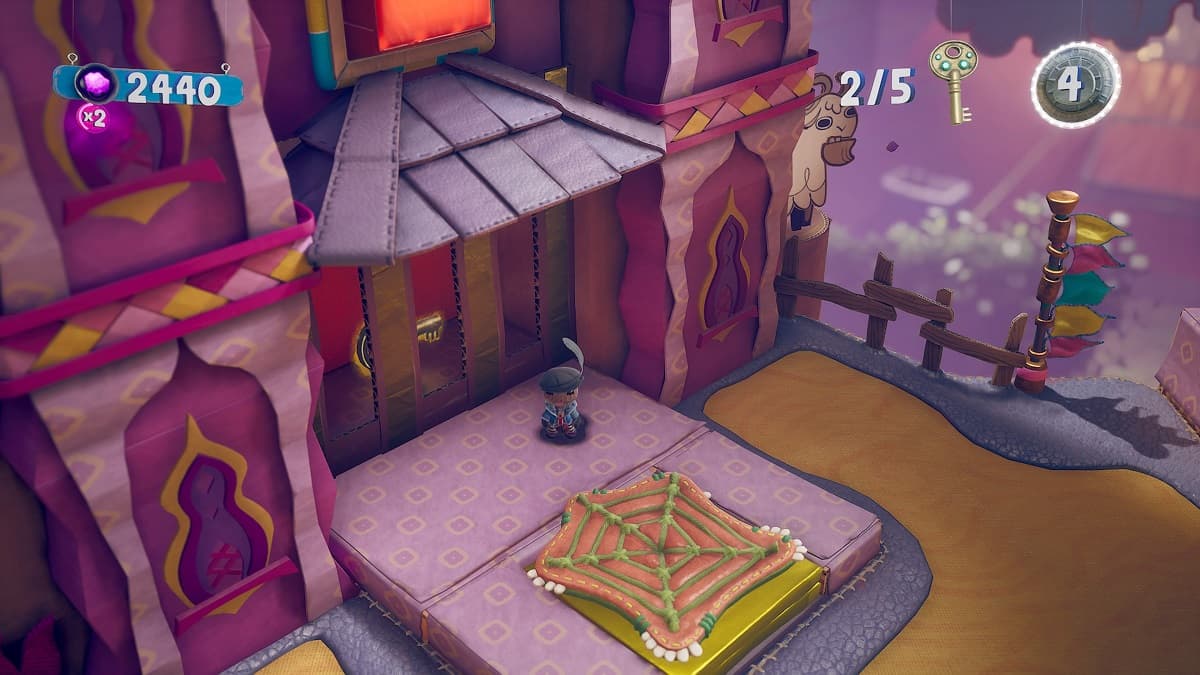 Head up to the right past the web traps and onto a large landing with a save point in the middle and a purple ram. Dispatch of the ram, and then check to the left. You should see a web trap enemy and a key trapped behind bars. Trigger the trap to reveal a jump pad underneath. Then grab the enemy once it’s in ball form and jump on the pad to get a boost up. You should see a button above the roof of the building. Throw the enemy at it to unlock the key. 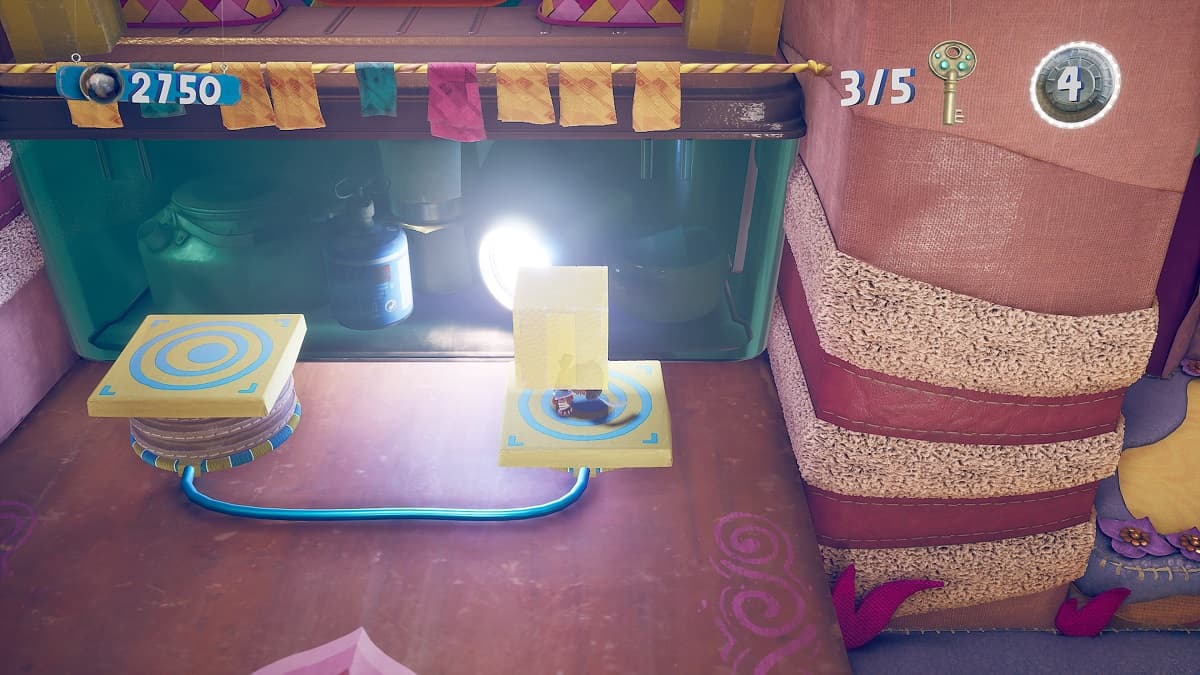 Make your way to the right past more traps where you will come to some seesaw style spring pads. Here, you will need to grab either a trap enemy that’s in ball form or a box. Stand on the lower side pad, and launch the item across. This should spring you up to the tightrope above to enter the mystery room. In here, kill all of the rams, including the two behind the destructible yellow walls to unlock the final orb of the level. 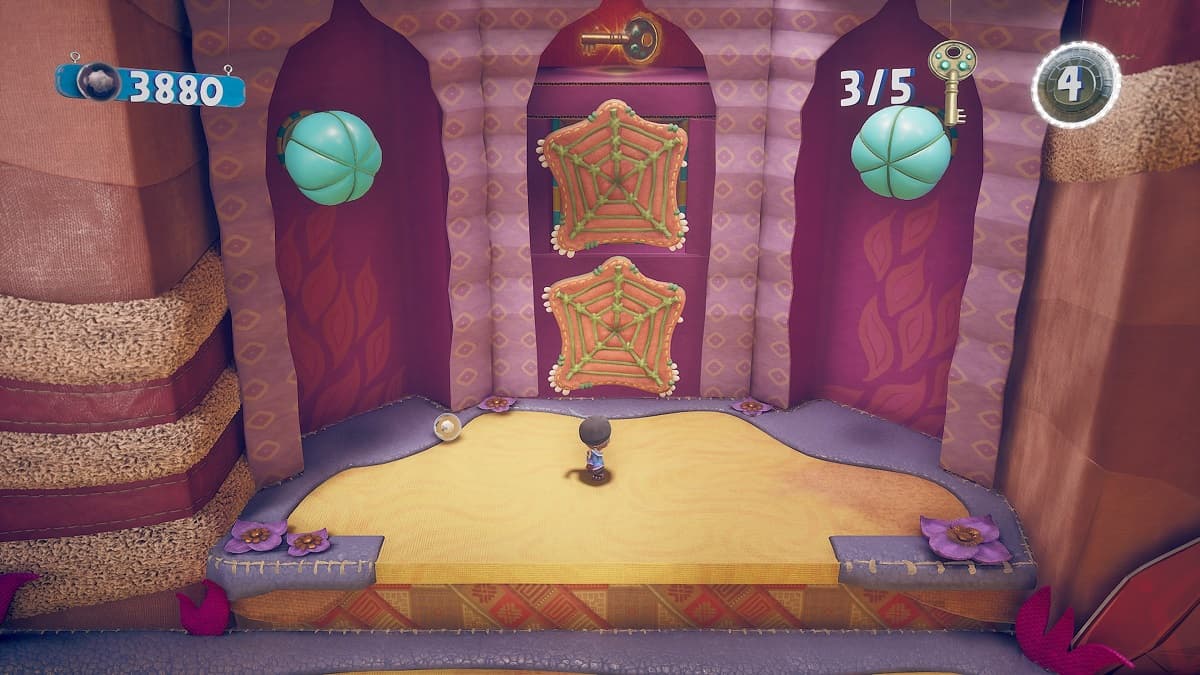 Head out of the mystery room and go to the right. After jumping down, dispatch of the ram and head up to where you see a key at the top of the wall blocked by web traps. You will find that you cannot jump high enough to trigger the trap higher up, so remove the lower one, and while it’s in ball form, throw it at the middle one. This should reveal the hidden button underneath the trap. Launch a ball enemy again at it, and the key should then lower down far enough to reach. You can also throw the enemies at the two side cocoons for each point.

The final key is on the right edge of the level. Head right from the previous key, over traps, and down the ledges. It won’t be immediately obvious where it is until you get close to the wrap traps on the ledge, at which point a hot air balloon will appear from below the level with a button in the distance. The two traps in ball form should be enough to make the skill shot where it will then unveil the final key.

Take all of these back to the door where they will all automatically fit into place, and take you to the end of the level.