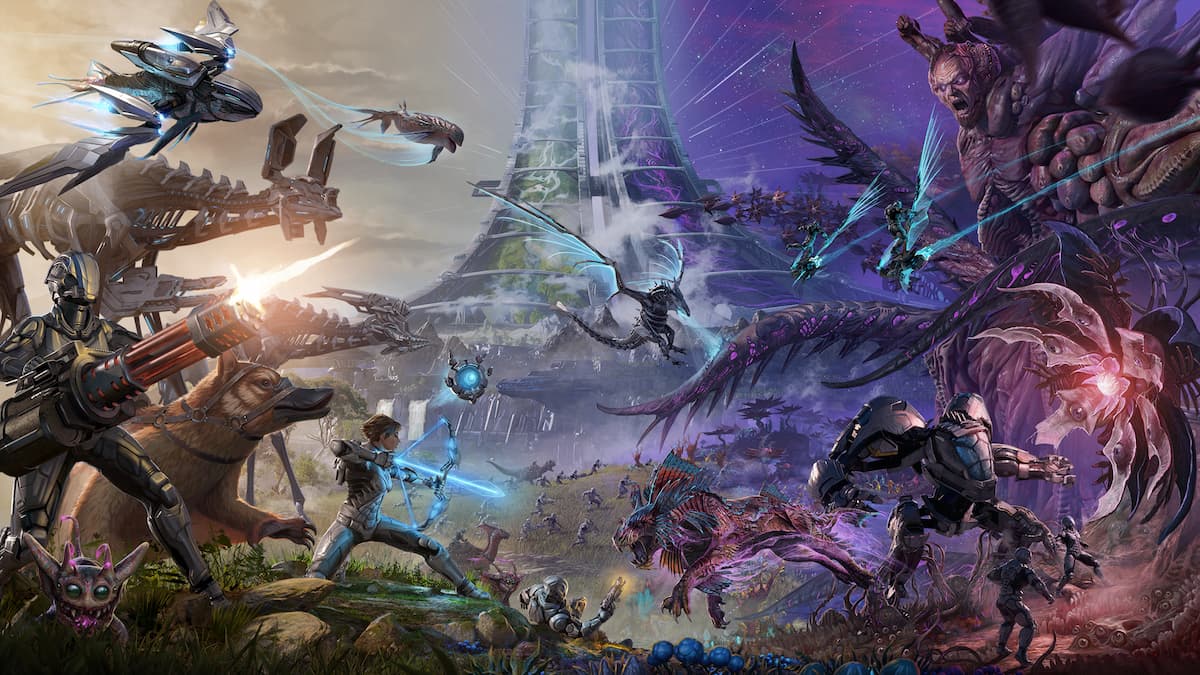 There are a lof great creatures you can tame in Ark: Survival Evolved. From the fast fliers to the mighty stomping and chomping ones, there’s a mount for seemingly everything. The best kind of mount, though, is one that can move you around at high speed and you can tame at a low level. Cue the Maewing. This cute, cuddly creature, resembling an overgrown platypus, is amazing to have when you start and even later in the game. This guide will show you where to find the Maewing and how to tame it.

What Maewing does in Ark: Survival Evolved

The Maewing is a versatile and efficient mount. However, it’s a herbivore and a non-violent wild creature that would rather flee from combat than engage, making taming one pretty tough. In addition, the Maewing can jump and then glide away at high speeds and is semi-aquatic, meaning that it can be nearly impossible to catch underwater or on dry land without help.

Once tamed, the Maewing offers unparalleled mobility and speed through its gliding tech. Moreover, the Maewing can serve as a nanny for your dinosaurs, using its marsupial pouch to keep baby dinosaurs, acting as feeding troughs when the Nursing action is enabled.

Related: How to tame an Ovis in Ark: Survival Evolved

Where to find the Maewing in Ark: Survival Evolved

There are only three maps available that offer the Maewing as a natural spawn without the aid of a mod. While this may change at some point, or more maps may be added, these are the maps you can find them on.

Where to find the Maewing on Genesis 2

The Maewing is found anywhere in the Eden Zone on Genesis 2. They’re usually around the rivers, streams, and lakes of the Eden Zone, but they’re abundant in most areas.

Where to find the Maewing on Fjordur

The Maewing likes to hang out in the Redwoods Zone on the Fjordur map. They’ll generally hang around some streams and rivers, but you can find them amongst the trees. Watch out for more aggressive dinosaurs in the Redwoods.

Where to find the Maewing on Lost Island

The Maewing tends to inhabit the green grassy plains of the Lost Island map. You’ll find them near the swampier areas and some rivers.

How to tame the Maewing in Ark: Survival Evolved

There are two main ways of taming a Maewing, each determined by the number of resources you have and the overall patience you possess.

This method is simple and efficient. You will need some high tier resources and crafting capabilities, however. These are the items that you will need:

This method is the simplest and requires nothing more than for you to run-up to the Maewing and fire the Net Projectile at the Maewing. This will instantly immobilize them, and you can then shoot it until it’s knocked out.

This one is more involved but requires fewer expensive craft items. It can be a little frustrating to pull off, and you’ll need great timing and patience. You’ll also need the following items:

As the Maewing will run if you shoot it, you’ll need to lure it into a trap. Place two of your Billboards into a V shape and then consume your Rare Flower. This will cause all dinosaurs around you to become aggressive, so ensure only your Maewing is nearby, or you’ll be attacked and killed. Next, lure your Maewing into the trap, and place the remaining Billboard behind it to trap it in place. You can then shoot them and knock them out. If you cannot get them in a trap no matter what you do, you can still eat the Rare Flower and shoot them as they’re chasing you, though this may end badly for you.