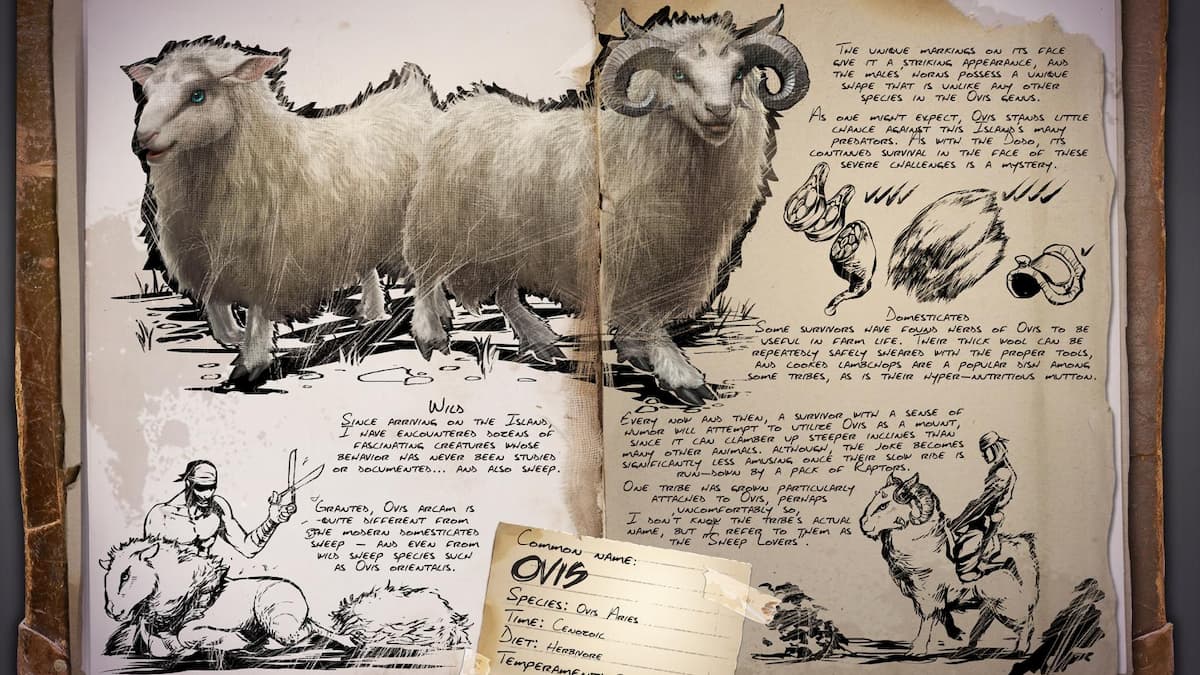 In Ark: Survival Evolved, the game’s object is in its name. Surviving the multiple aggressive and angry creatures, the harsh environments, and sometimes other players can be challenging. In order to do this, you’ll need to make sure that you’ve got the right resources on hand. It also means you’ll need to make sure you have local sources of certain items and resources, which in this case, come in a very fluffy package. This guide will explain how to tame the Ovis in Ark: Survival Evolved.

Why you should have Ovis in Ark: Survival Evolved

While the Ovis is a large sheep with no practical combat abilities, it is a great resource. The Ovis produces Wool, which can be used to craft Fur Armor, which is incredibly useful in icy situations. Another reason to keep the Ovis around and actually to have several of them in a farm setup is that they provide Mutton. Mutton is excellent taming food and can be used instead of Prime Raw Meat or Raw Meat. It’s also a good food source for your Survivor and your feeding troughs once cooked. On top of that, the Ovis drops a lot of Hide when harvested with a high damage percentage Chainsaw, meaning you can easily keep up with your saddle crafting needs.

Related: How to tame a Yutyrannus in Ark: Survival Evolved

How to tame the Ovis in Ark: Survival Evolved

The Ovis is a Passive tame and non-aggressive creature, which is usually found roaming in flocks. As a Passive tame, you’ll need to approach it and feed it the necessary food from your last hotbar slot. To tame the Ovis, you’ll need:

The Sweet Vegetable Cake is an invaluable resource. It heals a dinosaur that eats it and is used as a taming food. It requires several of the Base Veggies as well as other ingredients which you’ll have to combine in a Cooking Pot or an Industrial Cooker.

Follow these steps and you’ll have your very own Ovis.