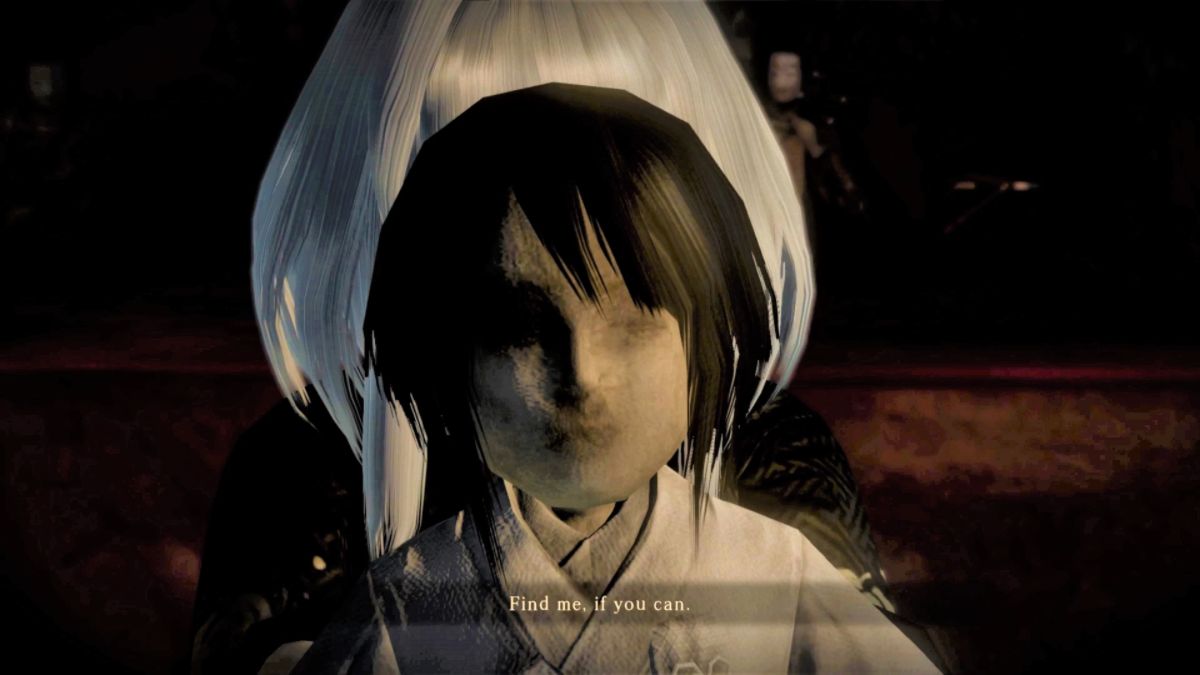 To open the wooden grate blocking the stairs below the doll display inside the Shrine of Dolls on the Fourth Drop of Project Zero: Maiden of Black Water, you have to find an effigy. The effigy is in the Shrine Of Dolls Garden, but so are numerous other dolls, so the one you want isn’t so easy to find.

Once you’ve spoken to the ghostly doll, and taken the Psychic Photograph at the Shrine of Dolls, head back out of the shrine room and go through the double doors to the north. Go along the passageway and through another double door. Turn right, then wade into the pool and exit it to the left. Go through the door, follow the passage, then open the door at the end of it. Go around the doll shelf in front of you, then through the door in the east wall.

You’re now in the Shrine Of Dolls Garden where you’ll see dolls hanging from every tree. But which one of these hanging dolls is the one from the Psychic Photograph? It’s actually in the Hnaging Yard area, directly in front of the steps leading down to the garden, but unless you’re at exactly the right distance and angle, it won’t show up on your viewfinder. It’s dressed in grey robes, and is larger and hanging lower than any of the other dolls. Once you find the right doll, take a Synch Shot of it. This will make the effigy appear in the bushes a short distance behind the large hanging doll.