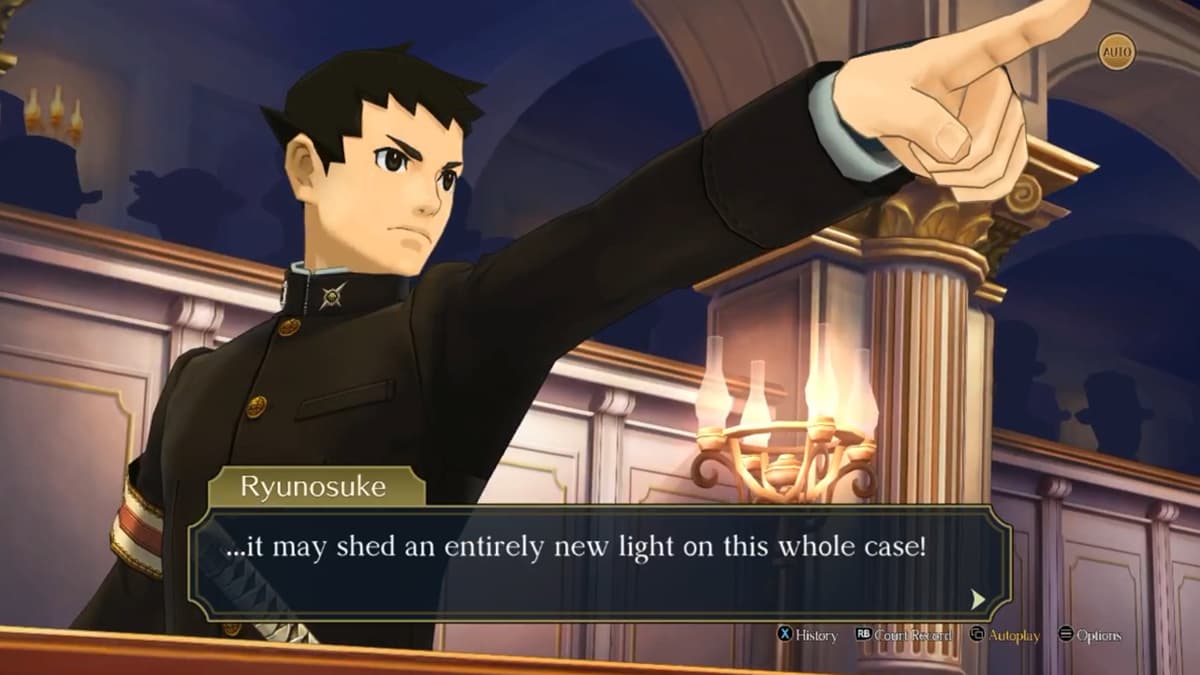 In Episode 3 of The Great Ace Attorney Chronicles, the trial against Magnus McGilded repeatedly goes back and forth, with everyone in attendance quickly swapping their opinions at the turn of each new detail that comes out. At a certain point, the whole trial comes down to one of the six jurors who is about to declare McGilded guilty. Before that is done, however, Ryunosuke interrupts her to announce that the victim Mason came to be in the omnibus a different way than was previously known. Here is how to prove to the court that there is another “entrance” to the omnibus in The Adventure of the Runaway Room from The Great Ace Attorney Chronicles.

After hearing testimonies from both McGilded and Gina Lestrade, it comes into question where the victim is after Lestrade says the bus door never opened to let anyone on after McGilded got on. This leads to some new possibilities for what happened. When the game has you tell the court how the victim came to be inside the carriage, choose “There’s another entrance.”

Upon hearing this, everyone will be confused because, to this point, it has been believed that Mason and McGilded were both on the bus at the same time. It is hard to imagine another entrance for the victim to enter through since the windows do not open and there is only one door to the carriage. When the judge has you point out the second entrance, point to the skylight.

Lestrade and McGilded both testified that there was a loud bang from the body hitting the floor after being stabbed. However, a fall from the seat would not make that loud of a sound, meaning that a more significant drop would be needed to wake up McGilded and make Lestrade, who was hiding in a cabinet, scream. This will call into question two of the witnesses from earlier in the trial, Fairplay and Furst.