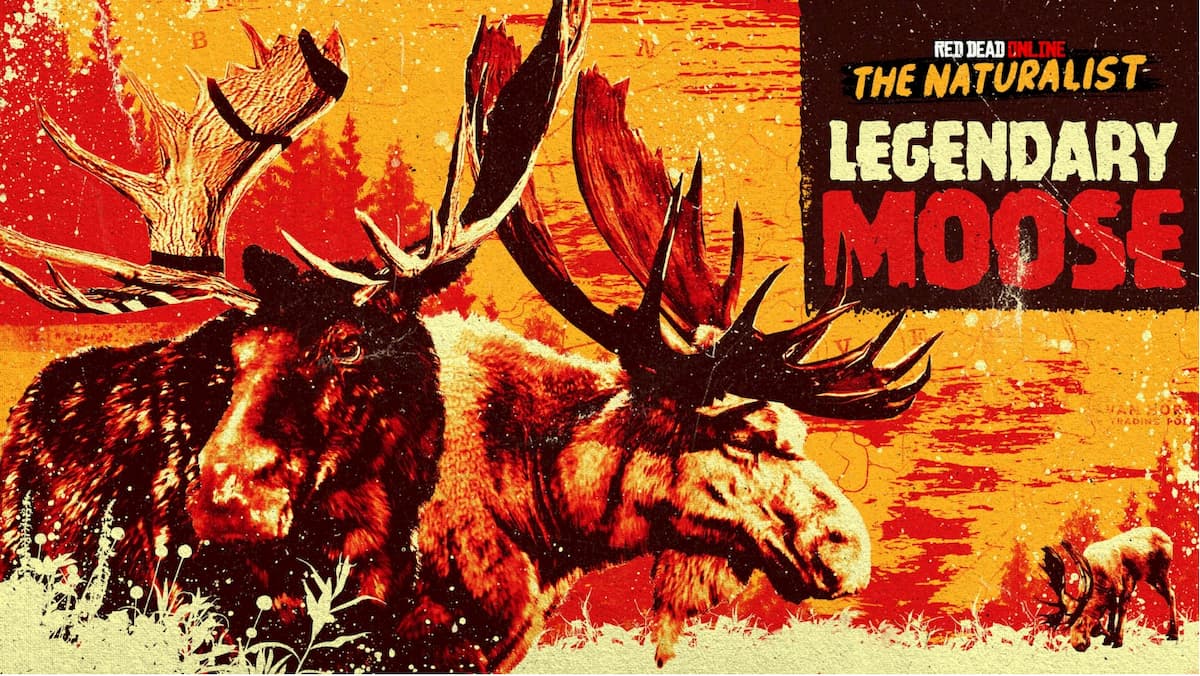 Rockstar’s legendary animal drip-feed continued with the new legendary moose pair. The two new moose are the Legendary Snowflake Moose and the Legendary Knight Moose. Both moose are said to be skittish and run. It isn’t unusual legendary counterparts of normally shy animals to charge and attack the player. If the animal charges while you are mounted, your horse will throw you.

The moose can be sampled and sold to Harriet for a small reward. Because it is from the drip-feed this week, sampling either legendary moose will earn a 30% discount on a weapon of your choice.

Legendary animals aren’t just for sampling. Gus’s trapper store has two additional moose themed garment sets available. If you decide to hunt and skin the moose, its pelt will earn an extra 50% from Gus.

The Jean Ropke Red Dead Online Map is useful for showing the legendary animal territories but doesn’t always have the exact locations. Our Snowflake Moose appeared on the west side of Barrow Lagoon, by the ice, not marked on the map. Those shown on the map are not all of the spawn points available.

The Legendary Snowflake Moose is an all-white moose with dark antlers. Its territory is in the snowy part of Ambarino, around Barrow Lagoon, and prefers the night and rainy weather. It is possible to find the moose outside of this brief window. Legendary animals often appear outside their ideal spawn conditions, but will not appear outside of their territories.

While the description states they are skittish and will flee, we were charged by the Legendary Snowflake Moose. It turned and ran before hitting us, unlike the Ozula Elk.

Players hoping to hunt the Legendary Snowflake Moose will not be able to place their camps here. The closest camp location is in the Grizzlies. Come prepared with your gear and saved cold-weather outfits. If you’re missing some samples from the Mountains and Grasslands section, now is a good time to gather them while you wait. Wolves are the main predators to worry about in the area.

Hopeful hunters can place their camp in Roanoke Ridge if they want to get close. The environment is not harsh, and with the camp close by, players won’t need to prepare too far ahead. Just make sure you have the necessary ammunition. Predators are a bigger concern here than in the snow. Cougars spawn frequently and in higher numbers thanks to the small lobbies. Black bears sometimes spawn in the area as well.