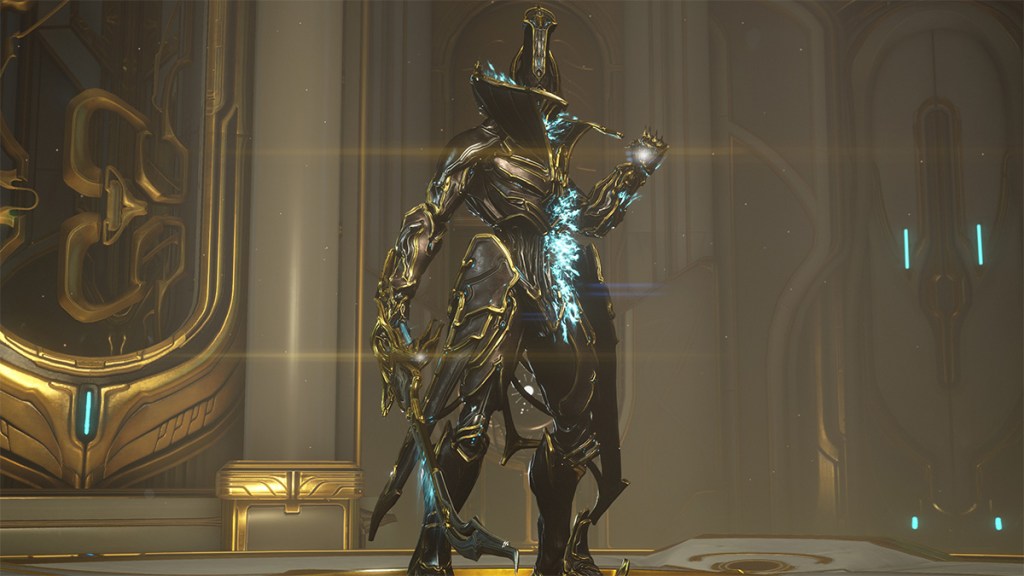 A new Prime Warframe means many new goodies have been released to go along with Revenant Prime. Included with Revenant Prime is the Frame’s signature sword, Tatsu Prime. This two-handed Nikana functions like its normal counterpart but has higher damage output and deals more Radiation damage than the original version.

Because this is a Prime weapon, it can be acquired without purchasing the current Prime Access bundle by trading Platinum with other players for the Blade, Blueprint, and Handle on the in-game trading channels. The other method is to use the Void Relics system to find each component. Inserting the proper Void Relic into the device located in your Lander will grant you a chance at the assigned part, but it is not fully guaranteed to drop on the first attempt. Void relics can be refined to contain better odds for rarer items to drop by refining the relic with Void Traces to increase the odds of what will drop during a Void Fissure mission.

How to find the Tatsu Prime Blade

The Tatsu Prime’s Blade component can be found in a Neo T6 relic. It is listed as an Uncommon level drop. Neo T6 Relics can be used on the Star Chart either at the Void locale on the missions Ukko or Marduk or on the Uranus locale at the mission Ur. The recommended levels for any of these three missions is level 30-45.

How to find the Tatsu Prime Blueprint

How to find the Tatsu Prime Handle

The rarest piece of Tatsu Prime is going to be its Handle, which is a rare level drop from an Axi T10 relic. Axi relics can be used either at the Void locale on the mission Marduk, at Eris on the mission Xini, or on Lua on the mission Apollo. These missions are typically the harder ones, as they require a recommended maximum level of at least 45.