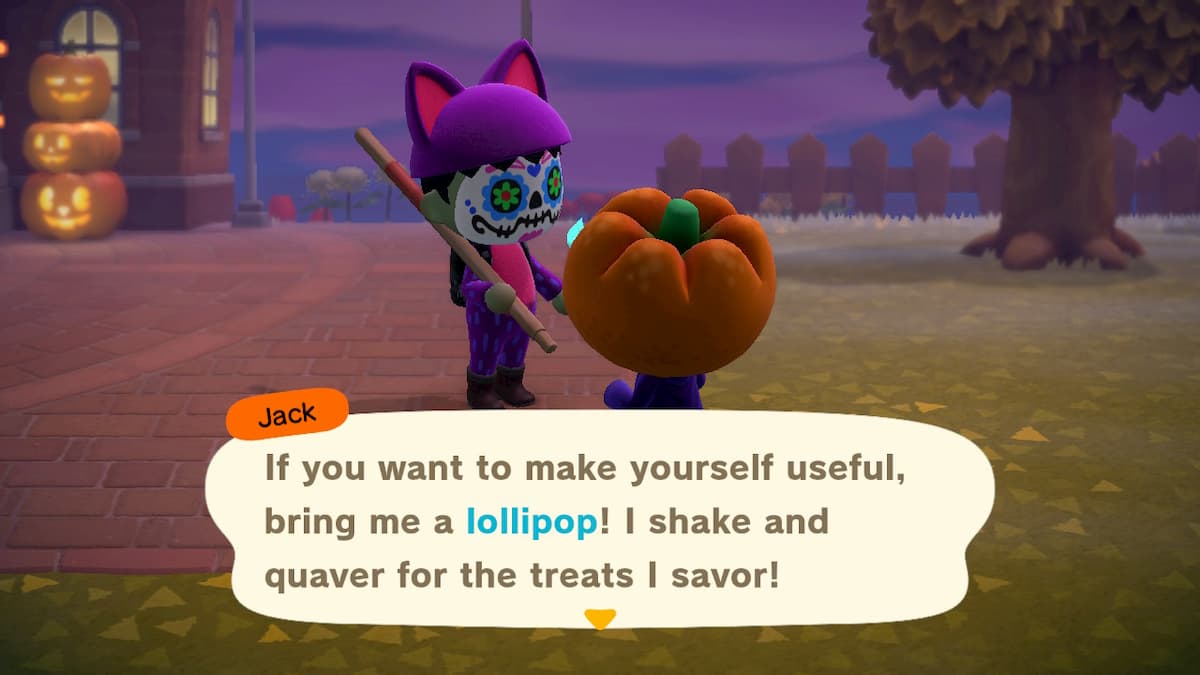 Halloween only comes once a year on October 31, and that’s the case in Animal Crossing: New Horizons. When it arrives, Jack, the self-proclaimed reigning Czar of Halloween, shows up on your island and demands candy from you. Jack only shows up on the night of the event from 5 PM to midnight, so you need to quickly speak to him. Whenever you give him candy, he’ll reward you with a spooky item. Still, his genuine desire is to receive lollipops from you, which is different from the traditional candy you receive from Nook’s Cranny or the other town residents.

To receive lollipops, you have to give out your candy to trick-or-treaters on your island. The trick-or-treaters will be other residents who are in costume, and they usually rush right up to you during the event. They will ask that you give them candy or pull a prank on you, which generally involves them changing your appearance in some fashion. When you provide them with candy, they usually give you something in return. Sometimes it’s a random item, and other times its a lollipop, which you want to bring back to Jack.

Lollipops are highly coveted by him, so you want to continually bring as many of them as possible to him during the event. The more you do, the more special Halloween-themed items Jack hands you before the end of the event at midnight. Whenever you run out of candy during the event, visit any of the houses with a resident inside and trick-or-treat them to then give out to the trick-or-treaters roaming around. It’s a lot of back-and-forth on your island, but Jack’s good to his word about giving you a variety of decorations.