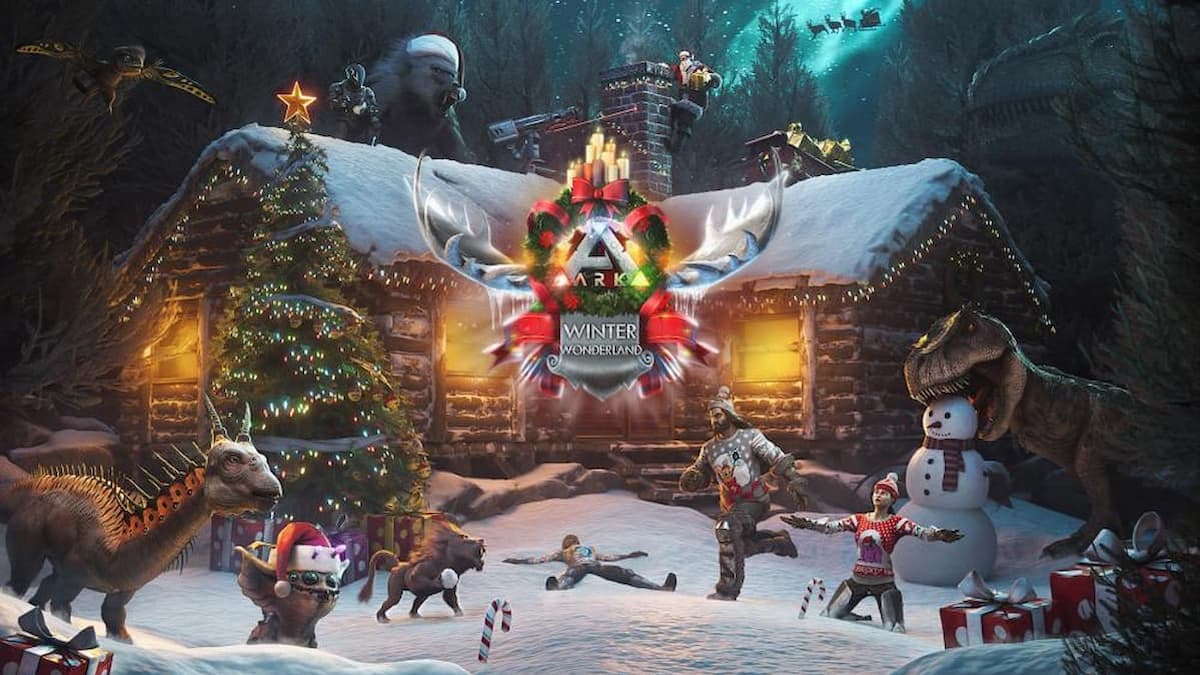 It’s that time of year again, where survivors trapped on the dystopic Arks of the future get to reflect on the season of giving. This year brings Ark: Winter Wonderland 6 with much of the same content as the past Winter Wonderland events, including Raptor Claus and GachaClaus.

Raptor Claus is active during nights in the server (depending on each server’s timescale) from midnight until 0200. Raptor Claus will typically fly over the map in a straight line, dropping presents; these presents act much like beacons (with beacon crafting). When these gifts are opened, players can find both coal and mistletoe.

Survivors looking to grab mistletoe and coal should grab their preferred flying mount and fly after Raptor Claus, picking up gifts along the flight path. The flying mount allows players to identify gifts that may have fallen into a crevice, while also ensuring that they can identify any hostile presences prior to landing to retrieve their gifts.

Note that if you’re on a PvP-enabled server, the trail of Raptor Claus is typically contested. Having a few players along for the run to help defend the territory while one player dives onto the present should be enough of a deterrent to stop enemies from taking your hard-earned loot.