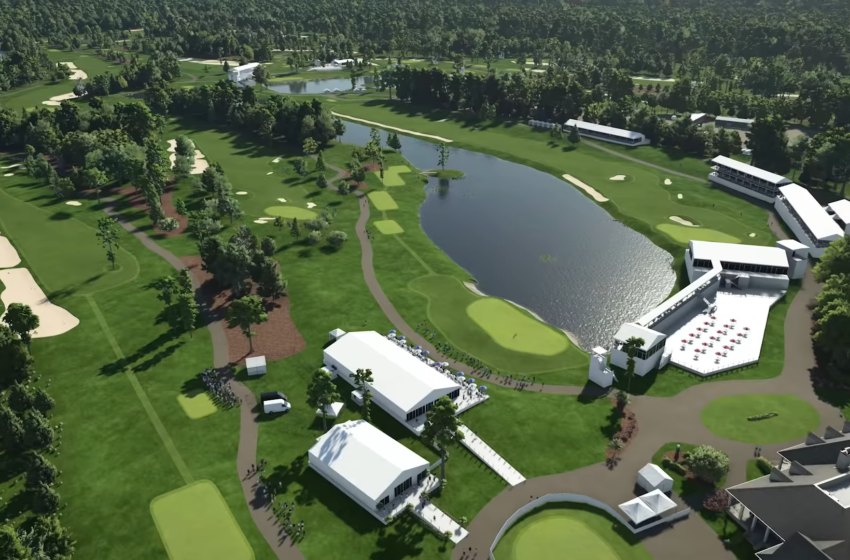 The bane of any golfer is being stuck in a bunker. Bunkers are extremely tricky spots to play in, thanks to its cavernous and sandy nature. In real golf, playing in these can be extremely difficult, as more often or not, you would have to take a shorter backswing, as well as take into account how much sand should be in between the shot. Luckily in PGA Tour 2K21, you won’t have to worry about these technicalities, but it is important that you know how to get out of a bunker nevertheless.

First off, the type of club that you use in a bunker is critical. Irons and drivers won’t work, but a wedge, particularly a sand wedge, should do the trick. Make sure that when in a bunker, you have a sand wedge that you are comfortable using in 2K21. If you feel that you need to change the club, use either up or down on the controller pad to rotate through the sticks that are in your bag.

Once you have picked out your club, now’s the time to take into account where you are on the course. If the bunker that you are in is close to the green, there is little room for error. In order to get out of this pickle, first hit Y/Triangle to see where the automated target is. To properly set yourself up for success, make sure that this target is several feet away from the cup on Normal difficulty. The reason for this is that if you hit the white marker on the shot (which would be the perfect amount of power) while the target is too close to the cup, more often than not, the ball will roll past the hole and you could be put in a tight stop.

But, if you move the target back, the chance of this will go down considerably, and you will be in a better position once out of the bunker. Once you do that, all you have to do is either pull the left or stick and let it rip. As the difficulty goes up, however, if might be more difficult to hit the green with this method. Try doing the reverse and move it back if needed.

For green-side bunkers, the target is the key. For bunkers that are farther away from the green, the target is also important, but you don’t need to be all that precise with it. Rather, you should be more focused on just getting as close to the green as you possibly can and go from there. However, keep the wind and its direction in mind, because that will also have an effect on the golf ball.