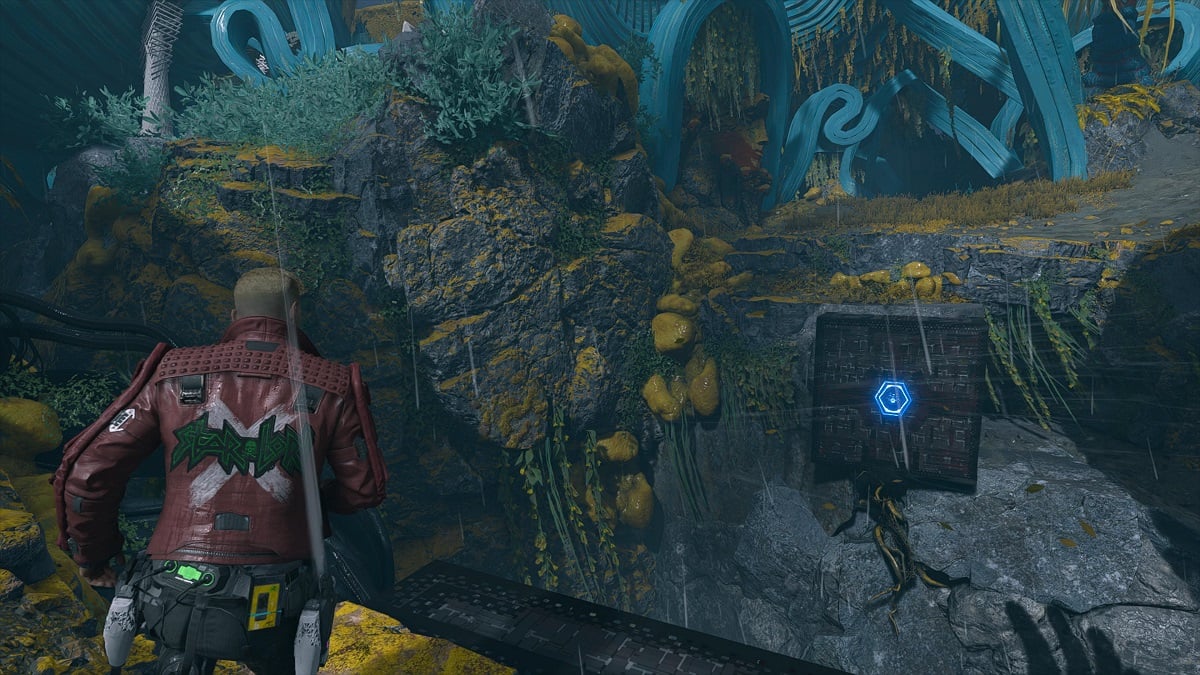 In Marvel’s Guardians of the Galaxy, you have the choice to either throw Rocket to the other side of the chasm, risking injury or finding another way around. Sensibly, you chose the latter option. But, how in the heck will you get past the chasm? We found the solution.

After declining Drax on giving him the satisfaction of throwing Rocket over a long and deep chasm of certain death, drop down to the metal platform below. On your left, you’ll see some moss you can shoot through. While Gamora jokes that the only thing you can solve problems is by shooting things, Starlord is certainly correct in this case. Shooting the moss will reveal a new path below.

Head down to the undersection. You’ll find a dead end with some materials to use for acquiring perks for later. Now, turn around, and just before you’d typically head up to the higher platform, look to the right. You’ll find some overgrown moss covering a vital path forward.

Shoot it and perform a charged shot on it to burn it to the ground. You’ll see an entry point to crawl through. Climb the path in front of you and you’ll see a large red obelisk standing above the scenery. Of course, the feeble Starlord could not move it an inch, but with the help of Drax, you can push it over to make a bridge. Simply hold the left shoulder button and select Drax by pressing circle (B or A on the Xbox and Nintendo Switch). All you’ll have to do now is cross the unorthodox structure.